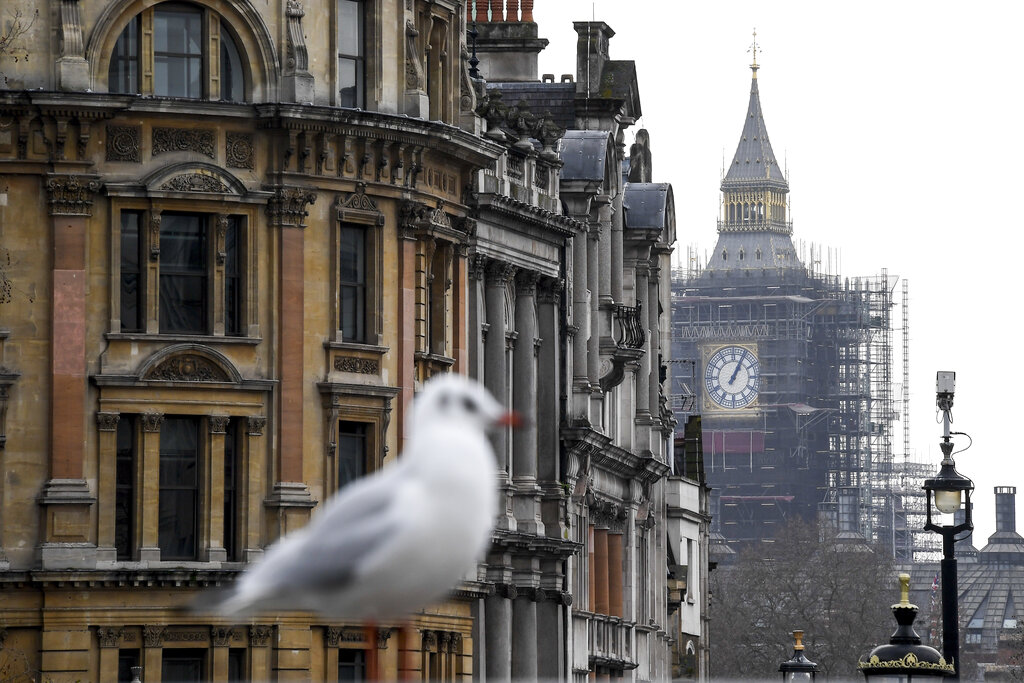 A general view of the Elizabeth Tower which contains the world famous bell known as Big Ben, in London, Wednesday, Feb. 3, 2021. (Photo: AP)

LONDON, May 4 (Xinhua) -- COVID-19 cases in London have tumbled by more than 98 percent since the second wave peak, official figures reveal Tuesday.

The latest figures also showed that the number of coronavirus patients in the British capital's hospitals has fallen to a seven-month low.

Just over one person is dying on average a day in London, within 28 days of testing positive for the coronavirus pandemic, according to the lastest data.

The biggest fall in confirmed COVID cases was in Barnet, down 40.8 percent in the week to April 28, followed by Lambeth 39.7 percent, Enfield 36 percent and Bexley 34.7 percent, according to the official figures.

The seven-day COVID rate had plateaued for several days in London at about 25 confirmed new infections per 100,000 people a week, but the rate has now started to fall again and was 21.2 cases per 100,000 Londoners in the week to April 28, or 1,900 confirmed infections in total, 17.1 percent lower than the previous week.

The new figures were revealed at a time when British Prime Minister Boris Johnson said there is a "good chance" the one-meter plus rule for social distancing can be ditched next month.

But he also said that the move would be dependent on the data, and "we can't say it categorically yet".

Experts have warned that despite progress in vaccine rollout, Britain is "still not out of the woods" amid concerns over new variants, particularly those first emerged in South Africa, Brazil and India, and the third wave of pandemic on the European continent.