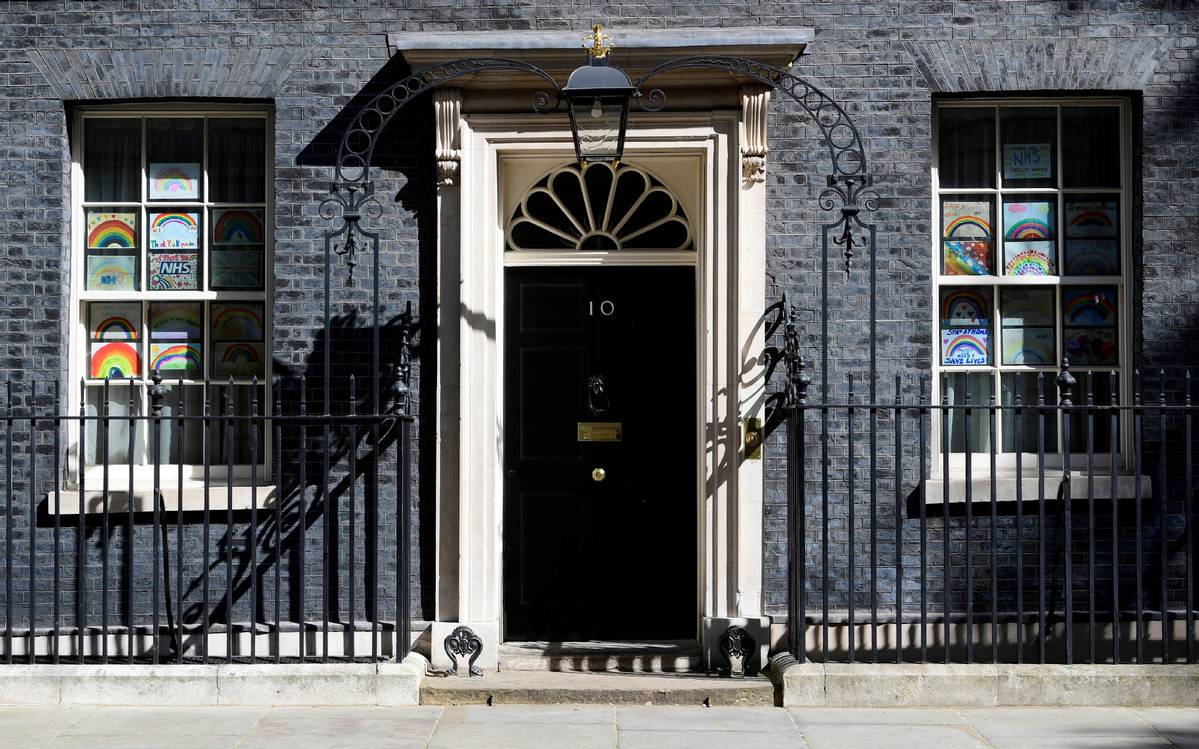 General view of 10 Downing Street in London, following the outbreak of the coronavirus disease (COVID-19), London, Britain, May 2, 2020. (Photo: Agencies)

Human rights groups have slammed the British government for resuming arms sales to Saudi Arabia, and claimed that weapons sold to the oil-rich kingdom on the Arabian Peninsula could be used in Yemen.

London ordered a suspension of its arms sales to Riyadh in June last year, after the Court of Appeal ruled it must investigate whether Riyadh had violated human rights during its military campaign in civil-war plagued Yemen, where Saudi forces have, since 2015, led a coalition against Iran-backed Houthi rebels.

The Armed Conflict Location and Event Data Project claims coalition airstrikes have killed two-thirds of the 11,700 civilians who have perished in the conflict.

But the suspension was lifted this week after London said it found no evidence of intentional breaches of international law.

"I have concluded that, notwithstanding the isolated incidents … Saudi Arabia has a genuine intent and the capacity to comply with (international law)," she told UK members of Parliament in a written statement.

The decision came hot on the heels of a separate one that called for sanctions against 20 Saudis for their alleged involvement in the murder of journalist Jamal Khashoggi at the Saudi consulate in Istanbul in October 2018.

Andrew Smith, media coordinator at the Campaign Against Arms Trade, which brought the legal challenge in 2019, said the resumption of sales was "morally bankrupt", and insisted there is evidence of Saudi Arabia committing breaches of international humanitarian law.

Yemen is already gripped by what the United Nations called the world's worst humanitarian crisis, with tens of thousands killed, an estimated 4 million people displaced by war and 80 percent of the country's 29 million people dependent on aid for their survival.

The civil war erupted in late 2014 when the Houthi group seized much of the country's north and forced the internationally-recognized government of Abd-Rabbu Mansour Hadi out of capital Sanaa.

Sky News reported that London seemed to want to make the announcement quietly, while the Reuters news agency noted that the Campaign Against Arms Trade is consulting its lawyers about a possible new legal challenge.

Denisa Delic, head of children and armed conflict at Save the Children, said in a statement that people in Yemen "need action, not words ... protection, not more bombs".

No nation buys more UK weaponry than Saudi Arabia, which has reportedly bought around 5.3 billion pounds ($6.6 billion) of British armaments since 2015.