WORLD London Eye to be red, white and blue when royal baby born

London Eye to be red, white and blue when royal baby born 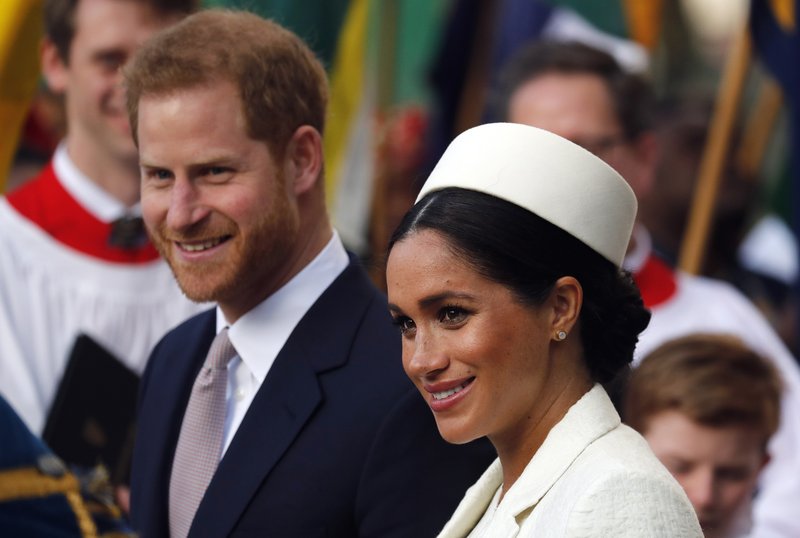 Britain's Prince Harry and Meghan, the Duchess of Sussex leave after the Commonwealth Service at Westminster Abbey in London. Guinness World Records said April 3 that a new Instagram account opened by Prince Harry and his wife Meghan is the fastest-ever to gain 1 million followers. The account, which was opened Tuesday, reached the 1 million mark in under six hours, easily beating a record held by Korean pop sensation Kang Daniel. (Photo: AP)

Special plans are being made to welcome the first child of Prince Harry and his wife Meghan, the Duchess of Sussex.

Officials said Wednesday that the landmark London Eye observation wheel on the banks of the River Thames will be lit in red, white and blue to mark the baby’s birth. Those are the colors of the familiar Union Flag.

The baby is expected in late April or early May. He or she will be seventh in line for the British throne.

Harry and Meghan say they have chosen not to learn the baby’s gender.

The royal couple are moving shortly from central London to a quieter location near Windsor Castle, some 20 miles west of London. They married in May in a chapel on the castle grounds.