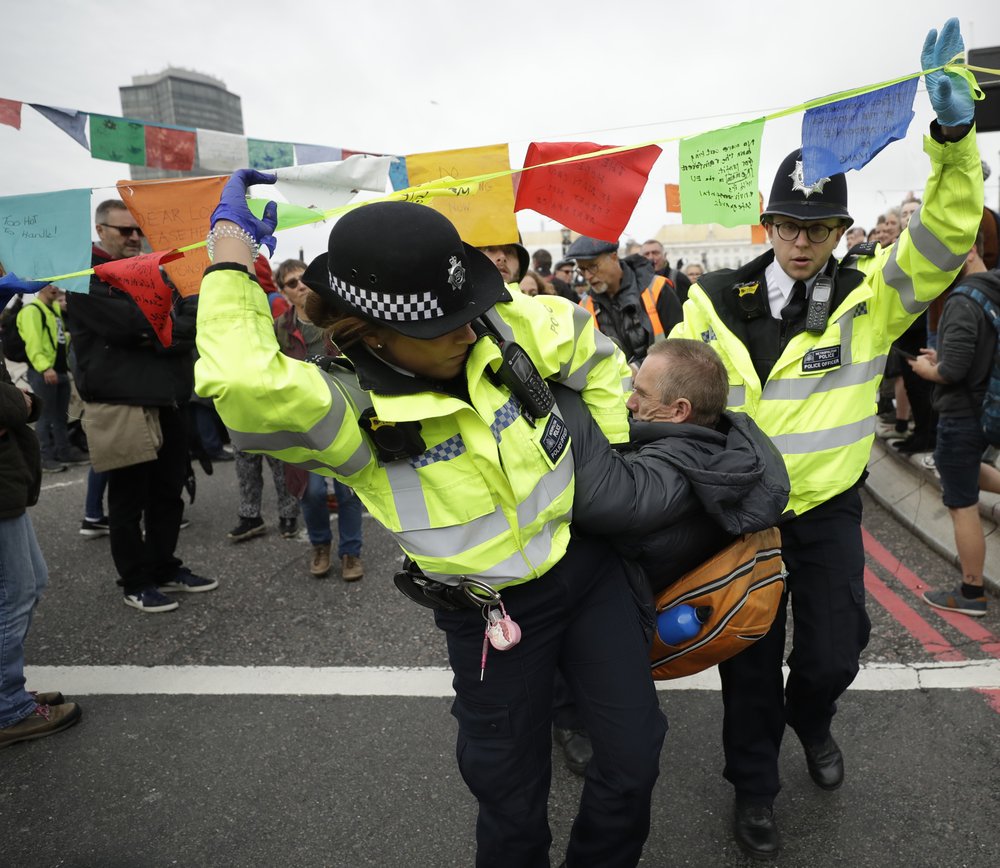 The capital’s Metropolitan Police say the arrests on suspicion of conspiracy to cause a public nuisance took place Saturday and Sunday.

The arrests come as protesters in Berlin and Amsterdam blocked roads ahead of what is being described as widespread demonstrations. Further protests are taking place Monday in London.

The group’s protesters have succeeded before in disrupting life in London in hopes of gaining attention to their cause.

In April, members of the group blocked several London roads and bridges during 10 days of action designed to alert the public and politicians to the “climate emergency.”