London police on Saturday charged a 29-year-old homeless man with causing grievous bodily harm and possessing an illegal knife he used to stab a mosque leader during prayers. 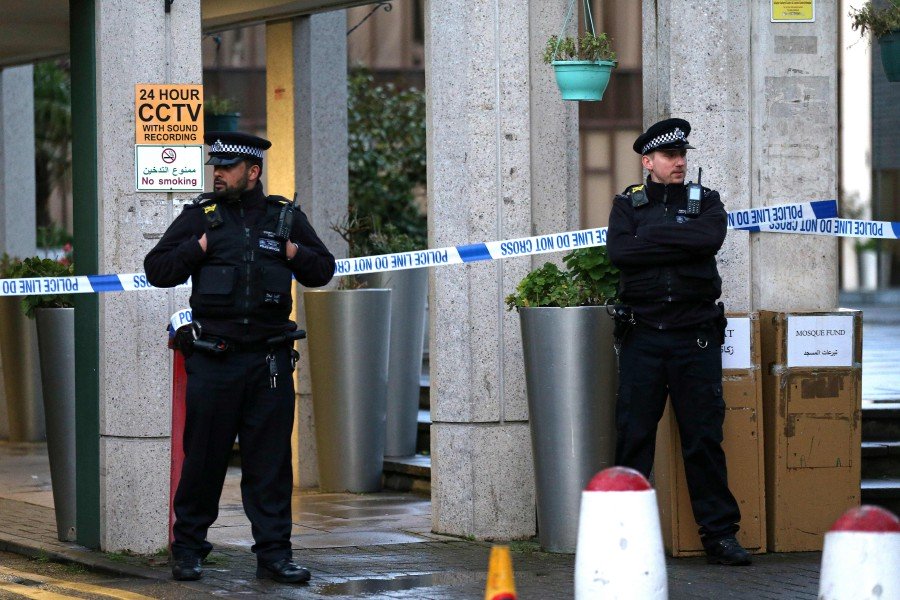 British police officers stand on duty outside the London Central Mosque near Regent's Park in London after a man was stabbed in the mosque. (Photo: AFP)

Maglad was treated at a London hospital and returned to the mosque for Friday's evening service with his arm wrapped in a sling,

"I forgive him. I feel very sorry for him," Maglad told reporters on Friday.

Several regulars at the Regent's Park area mosque in northwest London said they had seen Horton attend a few services in the past year.

Horton will appear at Westminster Magistrates' Court for a preliminary hearing later Saturday.