London police refuse to resign over action to disperse mourners

London police chief Cressida Dick said on Sunday she was not considering resigning and backed her officers after criticism of how they dispersed mourners at a vigil for a murdered woman on Saturday evening. 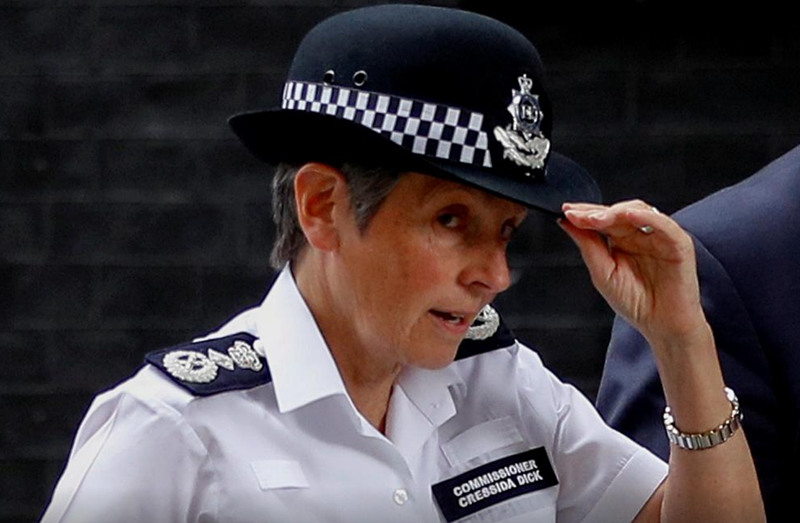 Asked if she was considering resigning, she said: "No, I'm not."