LONDON, Dec. 24 (Xinhua) - London has seen the highest increase in case rates per 100,000 population among various regions in England with 602.2 in week 51 compared to 361.8 in the previous week, according to the latest figures updated on Thursday by the Public Health England (PHE). 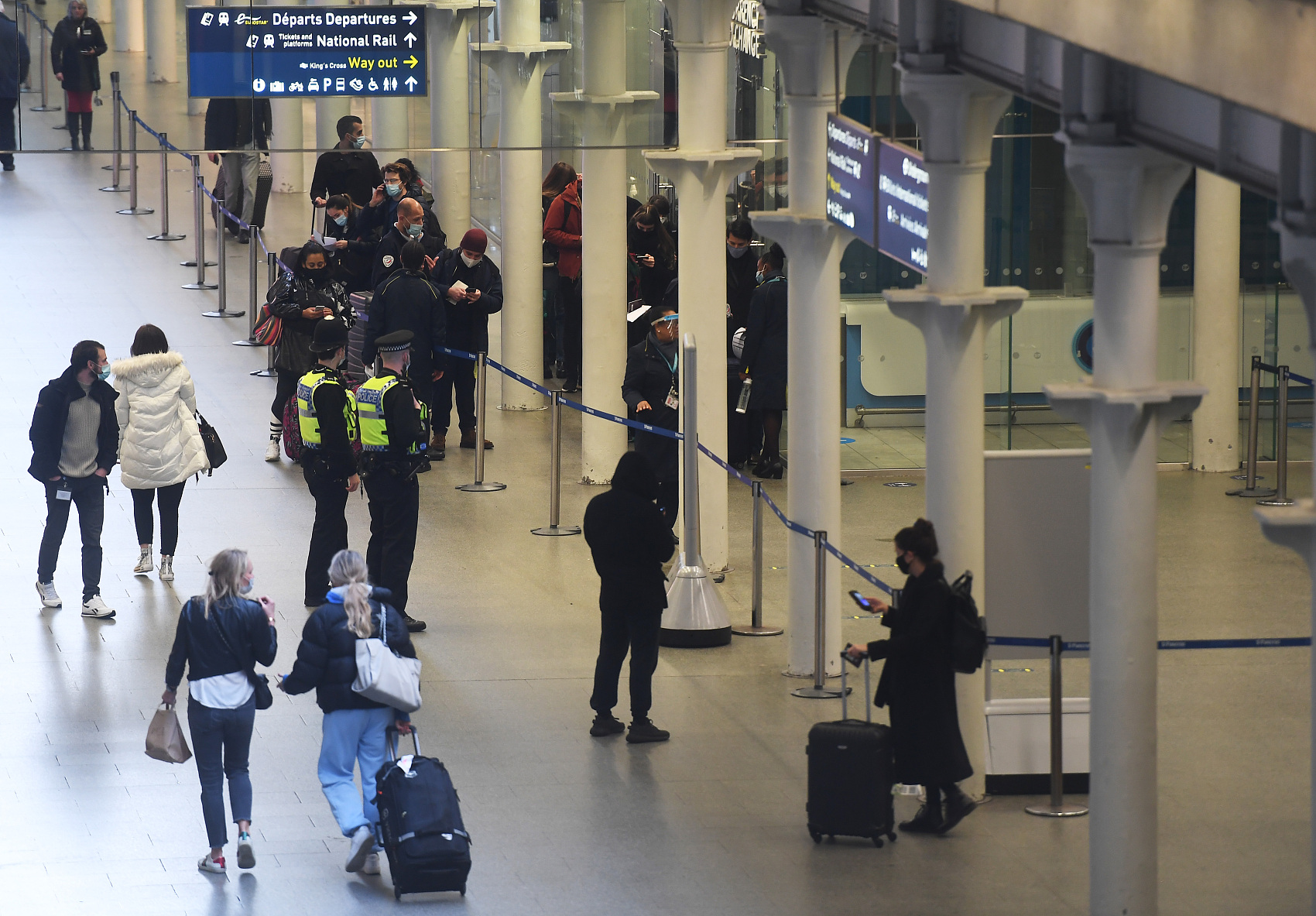 The weekly report, which monitors COVID-19, influenza and other seasonal respiratory viruses in England, is based on data from week 51 (between Dec. 14 and 20), and for some indicators daily data up to Dec. 22.

Case rates per 100,000 have increased across all regions in England and are the highest in London with a rate of 602.2 per 100,000 population, according to the report.

Case rates have increased across all age groups as well, with the highest rate 434.6 per 100,000 population seen in those aged between 30 and 39, the figures also showed.

Hospital admission rates for COVID-19 have increased in all regions except for the north east of England but this region also has the highest rate of 23.44, said the PHE.

More than 2,100 COVID-19 patients were admitted to London hospitals in a week and cases soared by nearly 56,000, official figures has revealed.

The figures showed a growing number of people struck down with the virus needing hospital treatment, with 357 admitted to hospitals in the city on Dec. 18, and 366 the previous day.

"This will not be a normal Christmas for any of us. If you are seeing loved ones, try to keep your distance, wash your hands thoroughly and more often and ventilate as much as possible," said Yvonne Doyle, medical director at the PHE.

London and large parts of England are currently put into the Tier Four restrictions, the highest level.

Under the new tougher measures, residents in Tier Four areas must stay at home, with limited exemptions. People are also urged to work from home when they can, and should not enter or leave those areas.