Britain's health secretary has shifted London into the second-highest COVID-19 alert level amid a rise in cases. 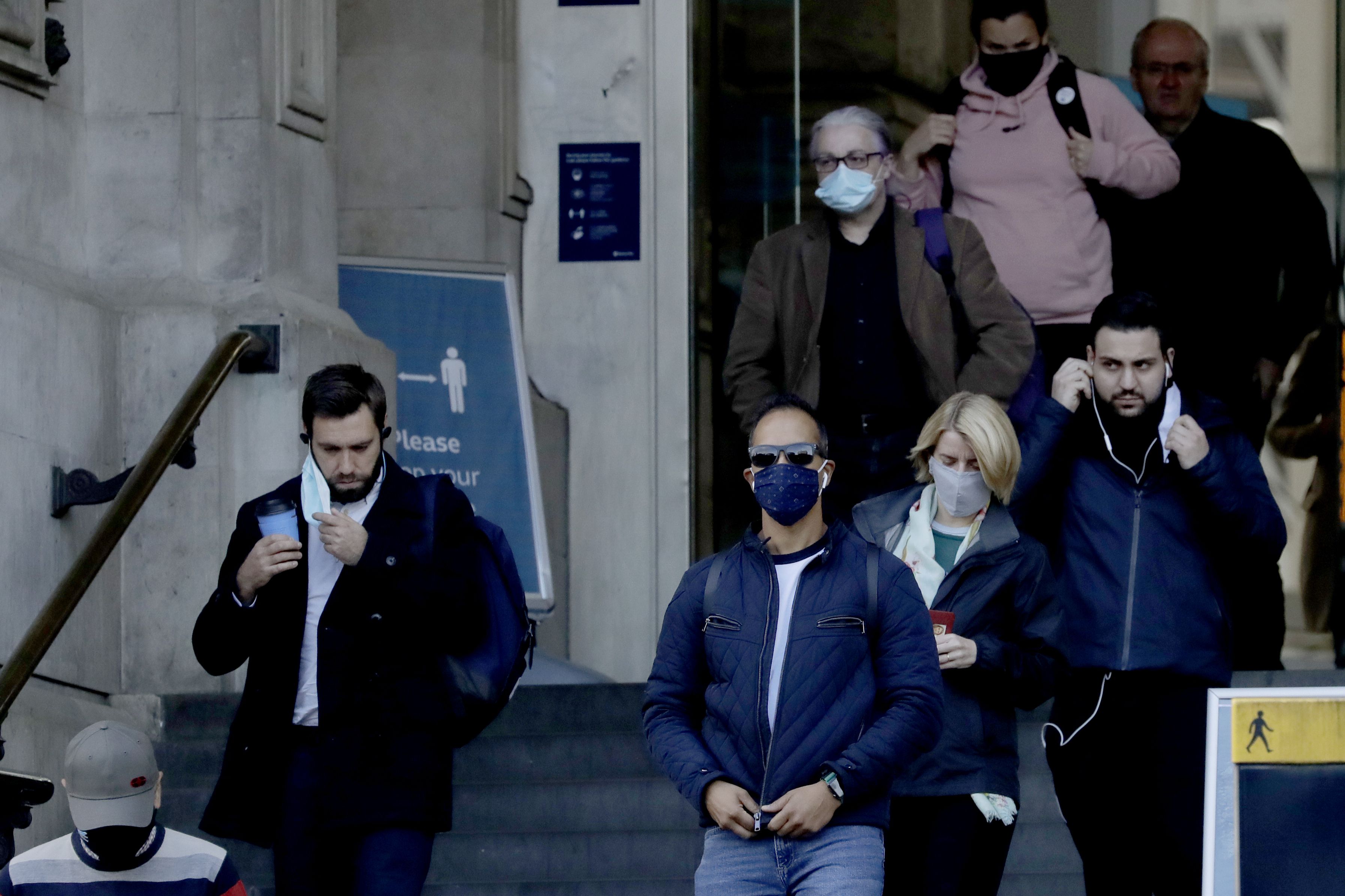 People walk down the steps of the main entrance of Waterloo train station, at which point they are allowed to remove their face coverings, in London, Thursday, Oct. 15, 2020. (Photo: AP)

Health Secretary Matt Hancock told the House of Commons that the government acted because infection rates are rising rapidly in the capital and swift action was necessary to control the virus.

The move comes as millions of people in northern England are waiting to find out whether they will be placed under the government's tightest COVID-19 restrictions, which the city of Liverpool already faces.

London Mayor Sadiq Khan expected the move. Khan told the London Assembly that talks were continuing but he expected authorities to move London into the second of three risk categories based on "expert public health and scientific advice" about what is needed to save lives.

Khan has written to Prime Minister Boris Johnson seeking details about what assistance would be provided to businesses and individuals affected by such a move.

"Nobody wants to see more restrictions,'' Khan said. "But this is deemed to be necessary in order to protect Londoners' lives by myself, London council leaders and by ministers."

Meanwhile, the mayor of the greater Manchester area, with 2.8 million people, says he expects to meet with Johnson's team on Thursday for talks on whether the region will be classified as a "high risk" area. T

That is the highest risk category in the government's new three-tier regional COVID-19 strategy and would require restrictions such as closing bars and banning social gatherings outside one's own home.

The government has said it is also talking with leaders of other parts of northern England where COVID-19 infection rates are high.