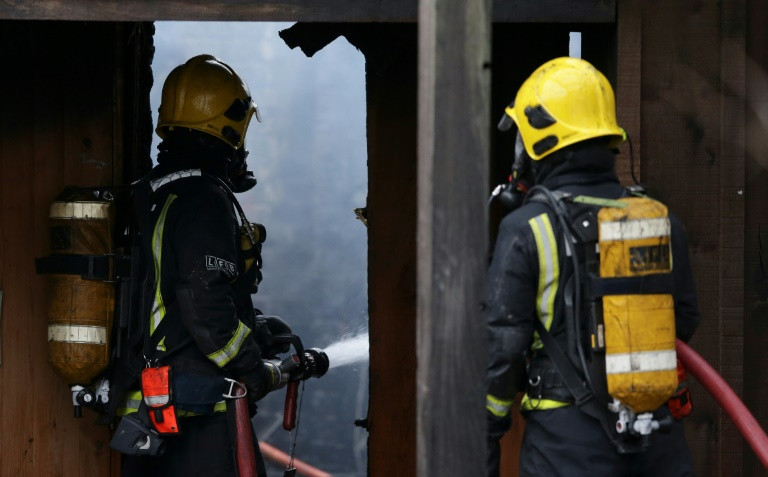 It took 72 firefighters more than three hours to bring the fire under control at a cafe and shop inside London Zoo . Photo: AFP

An aardvark died and four meerkats were missing Saturday following a fire at a cafe and shop inside London Zoo, while several staff were treated for smoke inhalation.

The blaze broke out in the Animal Adventure cafe shortly after 6:00 am (0600 GMT), and took 72 firefighters more than three hours to bring under control.

"Sadly our vets have confirmed the death of our nine-year-old aardvark, Misha," said the zoo, based in Regent's Park, not far from the popular Camden Market.

"There are also four meerkats unaccounted for at this stage, and we have limited access to site to confirm this.

"All other animals in the vicinity are being monitored closely by our vets, but early signs suggest they have not been affected. We will continue to monitor them over the coming days.

"We are all naturally devastated by this, but are immensely grateful to the fire brigade, who reacted quickly to the situation to bring the fire under control."

Keepers living on site were swift to respond to the blaze, moving animals to safety, and the fire was brought under control at 9:16 am.

The London Ambulance Service said it had treated eight patients at the scene, six for smoke inhalation and two for minor injuries, and one of those treated had been taken to hospital.

The zoo closed for the day, saying it would re-open only when it was safe for animals, staff and visitors.

"It's too soon to speculate on the cause of the fire but we will be working very closely with fire investigators over the coming days and weeks to ascertain the cause," the zoo said.

The zoo opened in 1828 and is now a leading conservation organisation as well as a major tourist attraction.

London Fire Brigade officer Clive Robinson said that three-quarters of the cafe and shop, and half the roof, had been damaged by the fire, which also affected a nearby animal petting area.

"When they arrived our crews were faced with a very well developed fire," he said.

"They worked incredibly hard in arduous conditions to bring it under control as quickly as possible and to stop it from spreading to neighbouring animal enclosures.

"Crews will remain at the scene throughout the morning damping down any remaining pockets of fire."