WORLD Londoners fought back to curtail carnage in bridge attack

Londoners fought back to curtail carnage in bridge attack 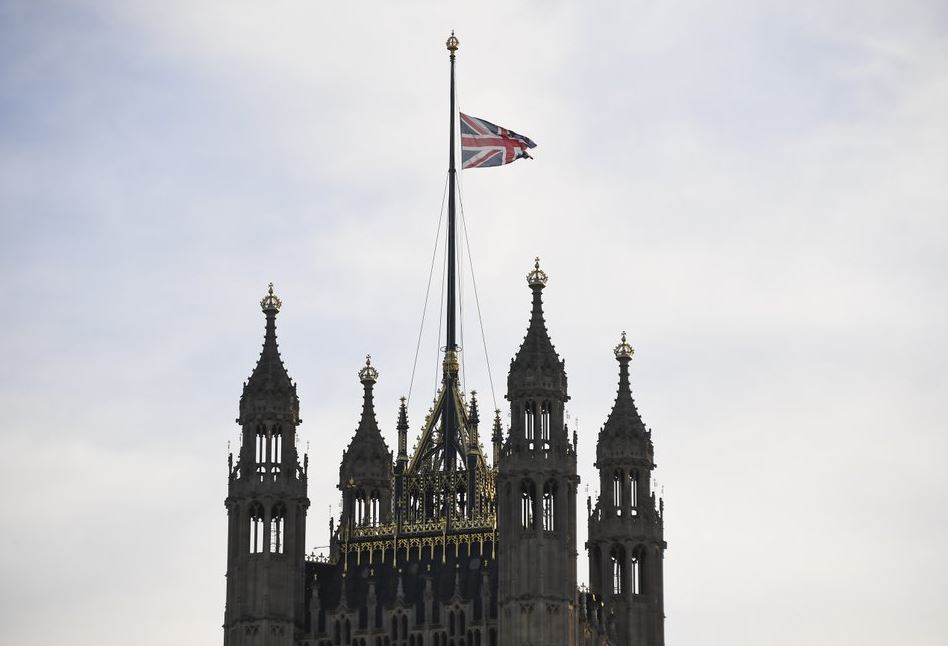 Even in times of shared, senseless tragedy, an uplifting moment sometimes emerges.

On Saturday, shocked and saddened Londoners dealing with the return of terrorism to their streets after a two-year hiatus found solace in the way bystanders fought to subdue the London Bridge attacker, keeping the death count lower than it would have been if they had fled.

Particularly striking were the weapons they used to confront the killer: a fire extinguisher and — incredibly enough — a 5-foot (1.5-meter) narwhal tusk apparently taken from the wall of Fishmongers’ Hall when the attack began.

Remarkable video from the scene Friday shows one man spraying the fire extinguisher at the knife-wielding attacker and trying to hit him with the blunt instrument, while another uses the whale tusk to try to pin the man down.

Others ganged up on the man, wrestling him to the ground and stripping away his weapons.

Additional footage shows another man — said by some media outlets to be a plainclothes policeman — calmly walking away from the scene with one of the attacker’s knives, making sure it could not be used to kill again.

The attacker, later identified as 28-year-old convicted terrorist Usman Khan, was restrained until police arrived and — after he flashed what looked like a suicide vest — shot him dead. Two people were killed and three wounded in his attack.

The Londoners’ valor — and ingenuity — did not go unnoticed. They were praised to the skies not only by Queen Elizabeth II and Prime Minister Boris Johnson but also — perhaps more importantly — by ordinary people on Twitter.

“We’ll never know how many lives are being saved in this moment. Heroes is an overused word, but entirely correct here,” wrote one man after viewing the video.

The brief video had been viewed more than 2 million times on Twitter by Saturday afternoon.

London Mayor Sadiq Khan said the bystanders who brought down the attacker could have followed advice and run away for their own safety but decided to run toward danger instead.

“We saw Londoners, ordinary citizens, acting in an extraordinary way,” he said.

Some of those who challenged the attacker were former prisoners attending a conference on rehabilitation along with the assailant at Fishmongers’ Hall, where the attack apparently began. The group included a murderer who had reformed, British press reports said.

Steve Hurst, who was in a car driving by, got out to join the group trying to restrain the attacker. He told BBC he tried to kick Khan’s foot so he would drop the knife.

“We were trying to do as much as we could to dislodge the knife from his hand so he couldn’t harm anyone else,” he said.

The spontaneous decision of the civilians to fight back was part of a trend that seems to have gathered pace since the 9/11 attacks in 2001, when passengers on United Airlines Flight 93 challenged the hijackers, in effect crashing the plane in rural Pennsylvania before it could reach an intended strategic target in Washington.

Plane passengers also played an important role subduing “shoe bomber” Robert Reid before he could light a fuse sticking out from one of his sneakers on an American Airlines flight from Paris to Miami in December 2001. Their intervention is credited with saving roughly 200 lives.

In 2013, a woman may have prevented further carnage after the murder and mutilation of British soldier Lee Rigby at the hands of two extremists. She spoke calmly to one of the killers, keeping him engaged while he gripped a bloody meat cleaver, before police arrived.