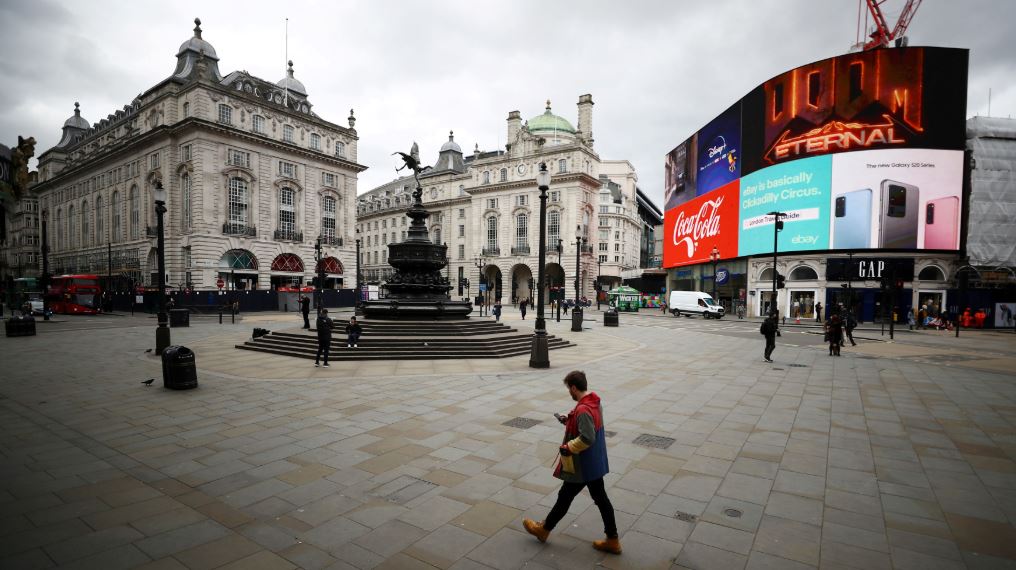 A general view in a deserted Piccadilly Circus in London as the spread of the coronavirus disease (COVID-19) continues, in London, Britain, March 20, 2020. (Photo via CGTN)

The proportion of Britain's workforce too sick to work has jumped to its highest level since 2005. Economists say it is likely due to a mix of long COVID-19 and greater difficulty in accessing healthcare since the start of the pandemic.

A record 2.46 million people aged 16 to 64 gave long-term sickness as the reason why they were neither working nor seeking work during the three months to July, figures from the Office for National Statistics showed on Tuesday.

This equates to 5.9 percent of the working-age population, the highest proportion since the three months to June 2005, and one which has accelerated over recent months.

Higher rates of long-term sickness and a broader rise in labor force inactivity, now its highest since 2017, have become a growing concern for the Bank of England.

In absolute terms, the number of working-age people who are long-term sick and not in work has risen by 352,000 since the start of the pandemic and has increased by 127,000 since the three months to April.

PwC economist Jake Finney said this was "likely owing to a combination of long COVID and large NHS waiting lists."

Some 2 million British people reported suffering from long COVID at the end of July, of whom 384,000 said their day-to-day activity was "limited a lot" by their symptoms, according to ONS data released this month.

A record 6.84 million people in England were waiting for hospital treatment in July, up from 4.24 million at the start of the pandemic in March 2020, according to analysis by the British Medical Association.