A member of the Brazil delegation during the closing plenary at the COP25 summit in Madrid, December 15, 2019. Negotiators from almost 200 nations planned to gather for a final time at the U.N. climate meeting in Madrid early Sunday to pass declarations calling for greater ambition in cutting planet-heating greenhouse gases and in helping poor countries suffering the effects of climate change. But one of the key issues at the talks, an agreement on international carbon markets, has eluded officials even after the Chilean chair extended Friday's talks deadline to allow more time for negotiations. (Photo: AP)

Marathon international climate talks ended Sunday with major polluters resisting calls to ramp up efforts to keep global warming at bay and negotiators postponing the regulation of global carbon markets until next year.

Those failures came even after organizers added two more days to the 12 days of scheduled talks in Madrid. In the end, delegates from almost 200 nations endorsed a declaration to help poor countries that are suffering the effects of climate change, although they didn’t allocate any new funds to do so.

The final declaration called on the “urgent need” to cut planet-heating greenhouse gases in line with the goals of the landmark 2015 Paris climate change accord. That fell far short of promising to enhance countries’ pledges to cut planet-heating greenhouse gases next year, which developing countries and environmentalists had lobbied the delegates to achieve.

The Paris accord established the common goal of avoiding a temperature increase of more than 1.5 degrees Celsius (2.7 degrees Fahrenheit) by the end of the century. So far, the world is on course for a 3- to 4-degree Celsius rise, with potentially dramatic consequences for many countries, including rising sea levels and fiercer storms.

Negotiators in Madrid left some of the thorniest issues for the next climate summit in Glasgow in a year, including the liability for damages caused by rising temperatures that developing countries were insisting on. That demand was resisted mainly by the United States.

U.N. Secretary-General António Guterres said he was “disappointed” by the meeting’s outcome.

“The international community lost an important opportunity to show increased ambition on mitigation, adaptation and finance to tackle the climate crisis,” he said. “We must not give up and I will not give up.” 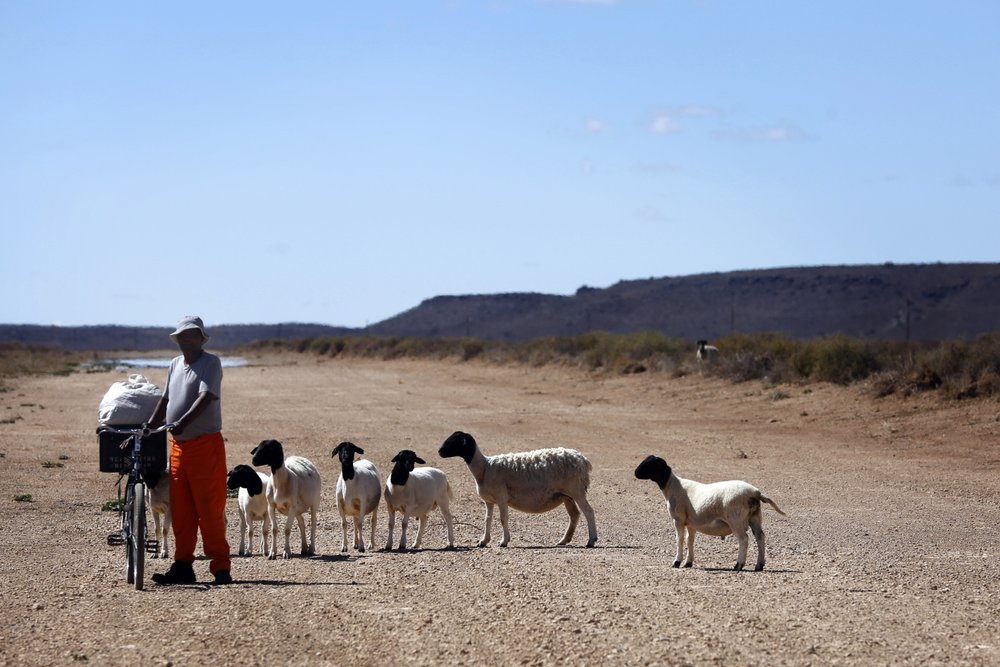 Sheep wait for food from a small scale farmer donated from an established farmer in Vosburg, South Africa, November 14, 2019.. Scientists say greenhouse gas emissions must start dropping sharply as soon as possible to prevent global temperatures rising more than 1.5 degrees Celsius (2.7 degrees Fahrenheit) by the end of the century. So far, the world is on course for a 3- to 4-degree Celsius rise, with potentially dramatic consequences for many countries. (Photo: AP)

“We were on the verge,” she said, adding that the goal was to establish markets that are “robust and environmentally sustainable.”

Economists say putting a price on emissions of carbon dioxide, the main greenhouse gas, would allow countries or companies to trade emissions permits that can be steadily reduced — encouraging businesses to transition to low-emission technologies.

The carbon-market failure did not upset everyone. Countries in Europe and elsewhere had said that no deal on how to govern the exchange of carbon credits was better than a weak one that could undermine a dozen or so existing regional carbon mechanisms.

“Thankfully, the weak rules on a market based mechanism, promoted by Brazil and Australia, that would have undermined efforts to reduce emissions has been shelved,” said Mohamed Adow, director of Power Shift Africa, a campaign group. 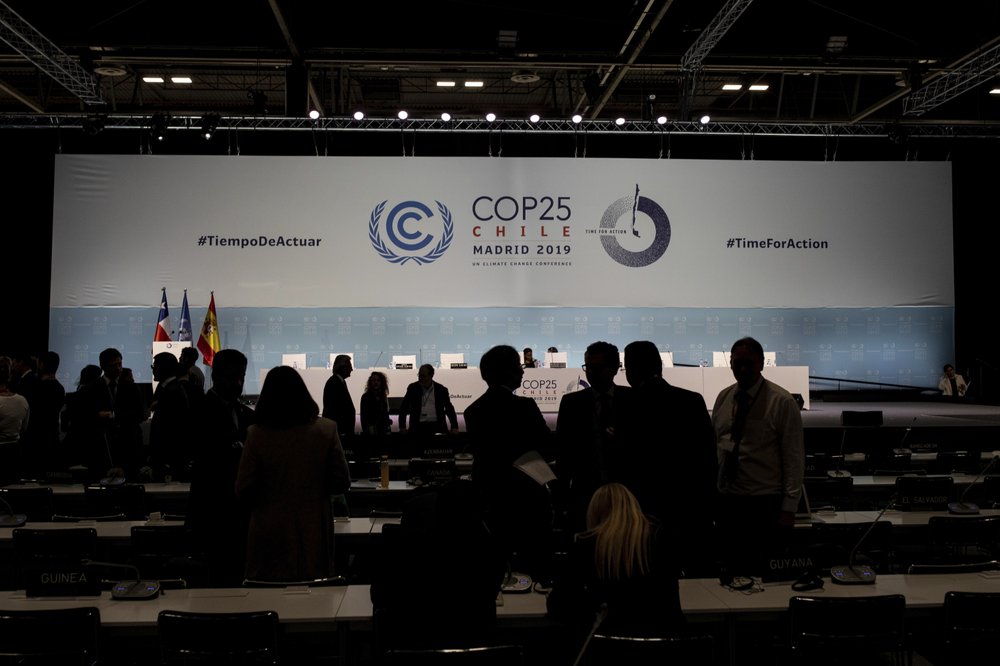 COP25 party members talk ahead of the closing plenary in Madrid, December 15, 2019. Negotiators from almost 200 nations planned to gather for a final time at the U.N. climate meeting in Madrid early Sunday to pass declarations calling for greater ambition in cutting planet-heating greenhouse gases and in helping poor countries suffering the effects of climate change. But one of the key issues at the talks, an agreement on international carbon markets, has eluded officials even after the Chilean chair extended Friday's talks deadline to allow more time for negotiations. (Photo: AP)

Helen Mountford, from the environmental think-tank World Resources Institute, said that “given the high risks of loopholes discussed in Madrid, it was better to delay than accept rules that would have compromised the integrity of the Paris Agreement.”

The climate talks have been accompanied at times by protests from indigenous people and environmental groups that reflected the growing frustration, particularly among young people, at the slow pace of governments’ efforts to curb climate change.

“The Paris Agreement may have been the victim of a hit-and-run by a handful of powerful carbon economies, but they are on the wrong side of this struggle, the wrong side of history,” said Jennifer Morgan, Greenpeace International’s executive director.

Chile chaired the talks, which had to be quickly moved to Madrid amid violent anti-government protests back home. But despite being under pressure to deliver a positive outcome, the Chilean government of President Sebastián Piñera supported holding onto coal-fired power plants until 2040.

Meanwhile, countries agreed to designate funds for the most vulnerable countries to compensate them for the effects of extreme weather, one of the most pressing issues for small island states, despite the U.S. resistance to the liability issue. Still the delegates didn’t clarify how to mobilize a $100 billion per year in climate financing by 2020, as it had been agreed to in Paris.

The European Union and Canada have been one of the few large emitters to show ambition by adopting plans to become carbon neutral by mid-century, but activists said that their leadership failed to resonate among others.

About 80 countries, less than half of those taking part in the talks and accounting altogether only for about one-tenth of global emissions, have expressed intentions to upgrade their pledges next year for net zero emissions targets by 2050.

Nearly 400 cities, over 780 businesses and 16 investors with over $4 trillion in assets have also committed to similar goals.

“Regressive governments put profit over the planetary crisis and the future of generations to come,” the conservation group WWF said in a statement.

Mountford said the talks this year “reflect how disconnected country leaders are from the urgency of the science and the demands of their citizens in the streets.”