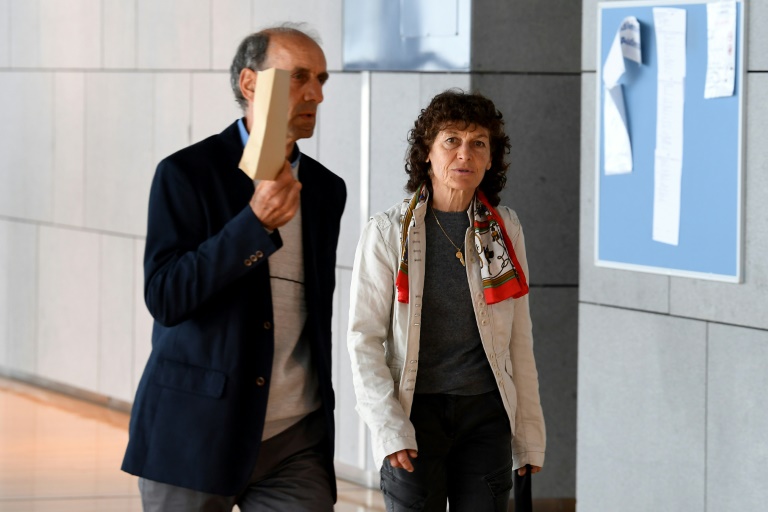 Patrice Ciprelli, husband and coach of French rider Jeannie Longo, had an appeal hearing in Grenoble on May 23. (Photo: AFP)

In addition to the suspended jail sentence he was fined 5,800 euros.

He appealed, seeking a reduced sentence.

At the end of the ruling on Wednesday, Ciprelli refused to speak.

Longo, with tears in her eyes, denounced "a conspiracy" she said had been aimed at preventing her ending her career by competing in the London Olympics at the age of 53 in 2012.

The official investigation began in September 2011 after an article in the sports daily L'Equipe.

"I'm sad for my husband, who has to carry the blame. They have used him," said Longo. "My only fault is to have been an extraordinary athlete."

The court had decided that, while there was no proof that Ciprelli had administered the EPO to any riders, it accepted the evidence of an expert pharmacologist, that it was "not plausible" that the coach had bought such a quantity of the drug for his personal therapeutic use.

"This is not a common citizen who is accused of having ordered bizarre products but a trainer," said French avocate general Gisele Auguste, urging that the sentence be upheld.