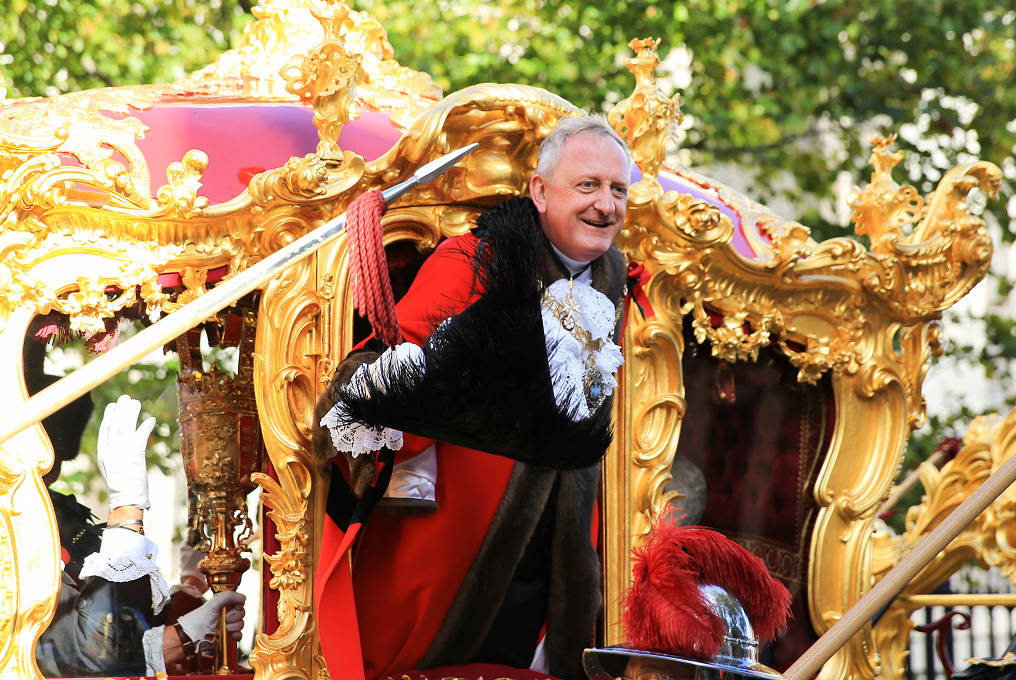 London (People's Daily) - The 691st Lord Mayor of the City of London, Alderman Peter Estlin, rode in a gold state coach as part of this year’s Lord Mayor’s Show on Saturday.

The annual event is a showcase of the city’s history and achievements. During the event, the Lord Mayor will see Londoners and swear an oath of allegiance to the sovereign.

The first Lord Mayor's Show took place in the year 1215. It is one of the best-known annual events in London, bringing together thousands of people from home and abroad.

“I am very much looking forward to the Lord Mayor’s Show, a hugely colourful and diverse occasion, and to serving as Lord Mayor for the coming year,” said Estlin. “My mayoral theme for the year, ‘Shaping Tomorrow’s City Today’, will drive home the message that our fast-changing society and access to new technology must be open to all, in particular, the elderly, poor, and disabled, many of whom are at risk of being left behind.” 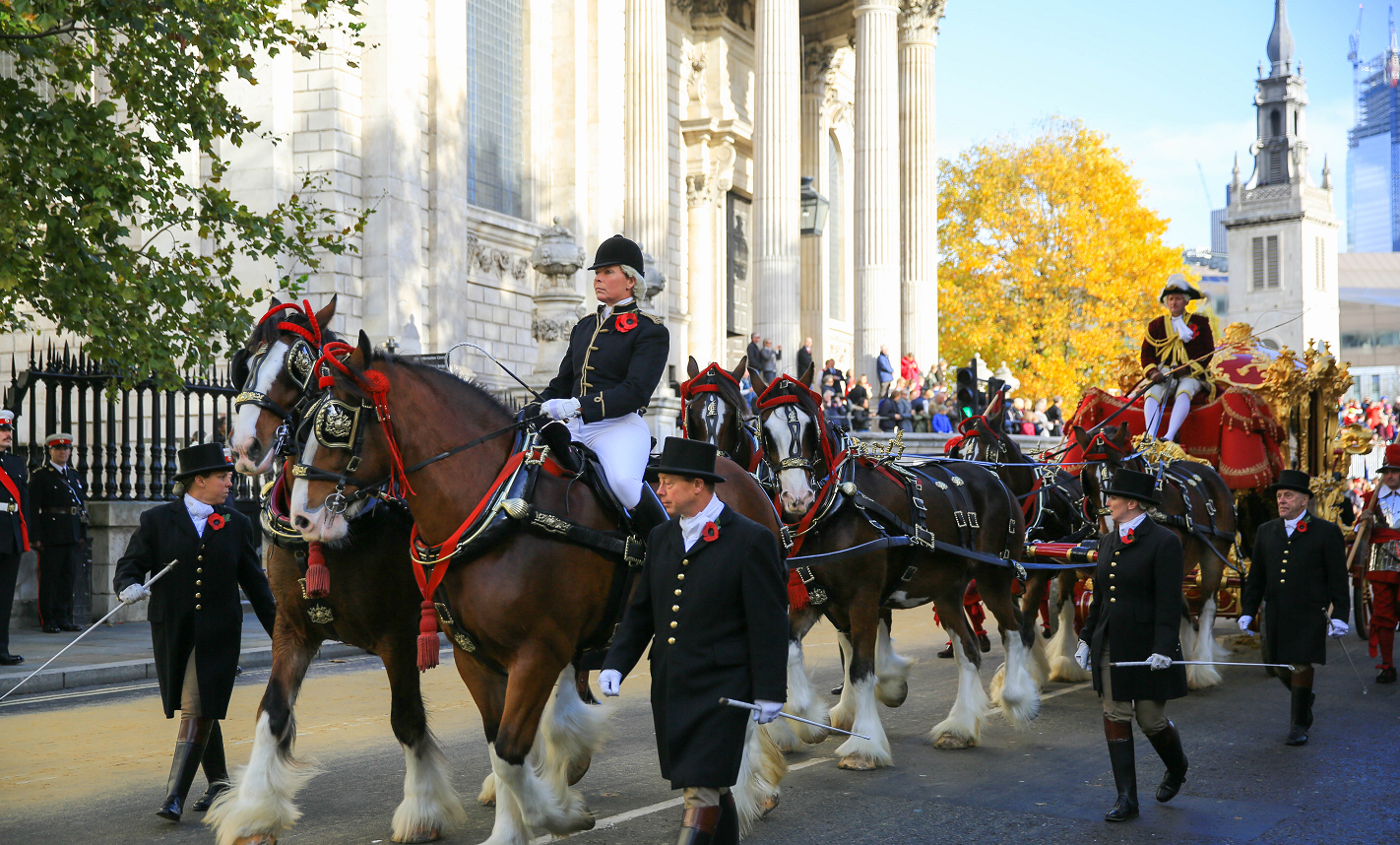 The carriage of The Lord Mayor of the City of London. (Photo: Qiang Wei)

More than 140 floats also took part in this year’s show, several of which are from Chinese communities. Chinese elements such as pandas, lanterns, dragons and waist drums attracted many people’s attention.

The City of London is a notable part of central London, also known as the “Square Mile”. It has been a major business center since 19th century, and now the City is one of the world's most important business hubs. Many world-known banks and global companies have opened their headquarters in the sector. 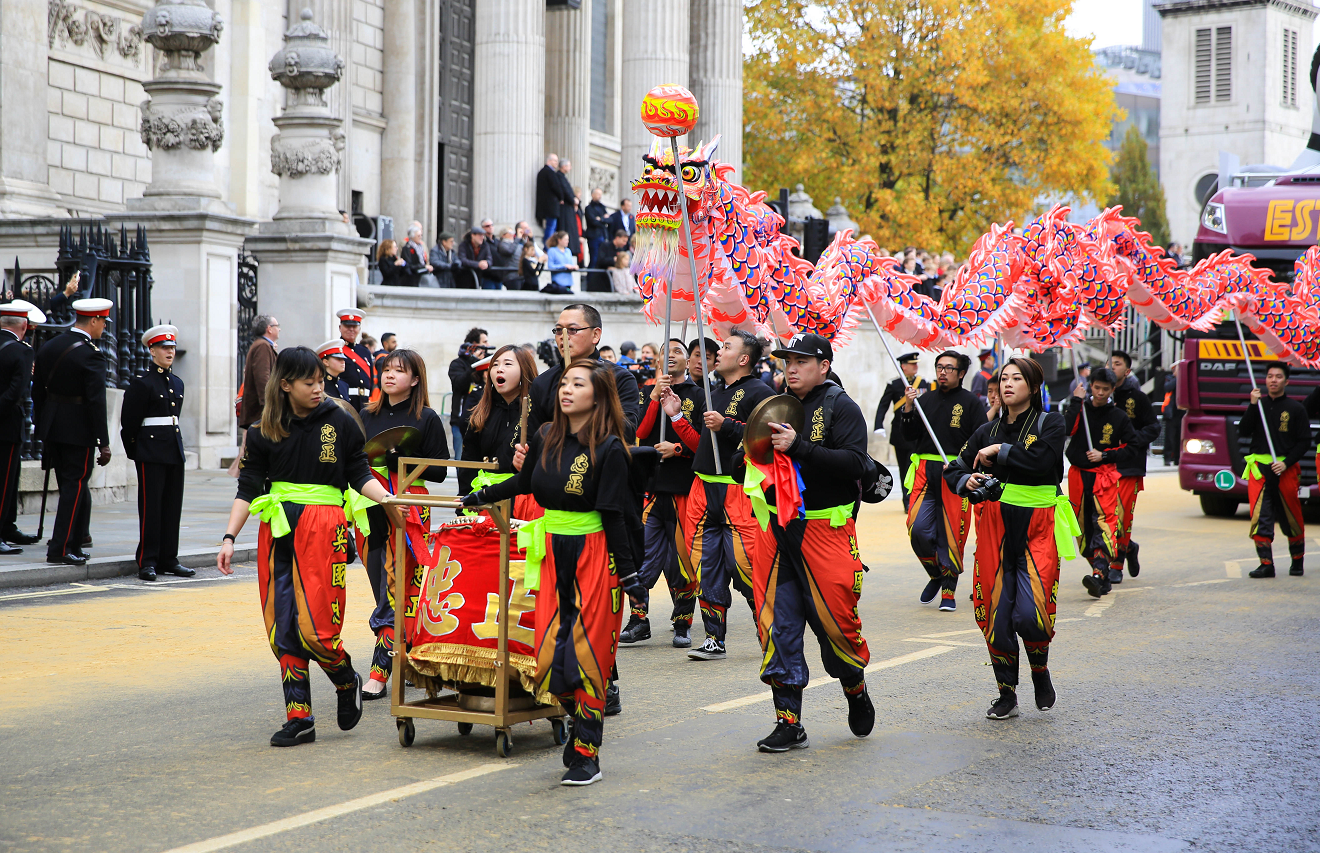 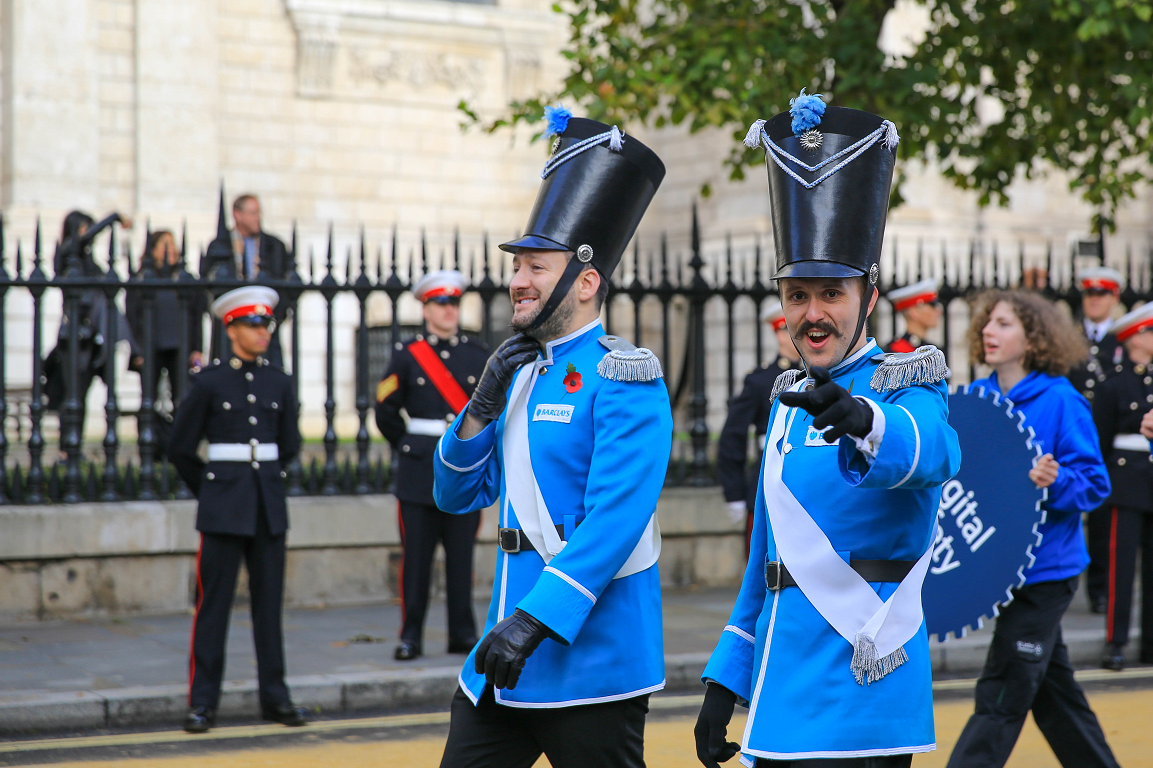