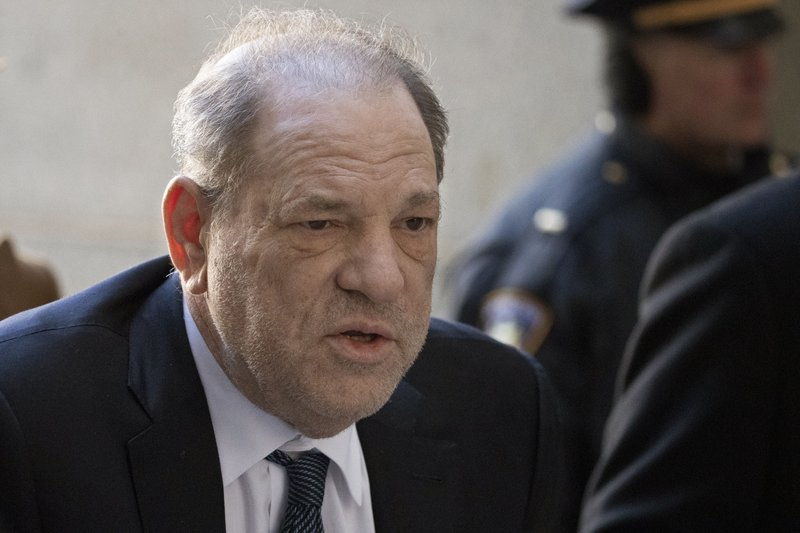 In this Feb. 21, 2020, file photo, Harvey Weinstein arrives at a Manhattan court as jury deliberations continue in his rape trial in New York. (Photo: AP)

The district attorney’s office said the charge was filed over allegations the former movie mogul sexually assaulted a woman at a Beverly Hills hotel in May 2010. The woman was initially interviewed by detectives as a corroborating witness but recently provided details showing her alleged assault occurred within the 10-year statute of limitations.

The charge has been added to a Los Angeles case that alleges Weinstein sexually assaulted two women in separate incidents in 2013.

Weinstein, 68, was convicted in February of rape and sexual assault in New York and is serving a 23-year prison sentence. He recently overcame a bout with coronavirus. It is unknown when he will be transported to face the charges in Los Angeles.

Los Angeles prosecutors on Friday said they are declining to prosecute two other cases involving Weinstein because the women did not want to testify against him. Both alleged victims are described in a document as actresses, and one testified against Weinstein at his New York trial.

Los Angeles County District Attorney Jackie Lacey said investigators continue to work to strengthen their case against Weinstein. “As we gather corroborating evidence, we have reached out to other possible sexual assault victims,” she said in a statement. “If we find new evidence of a previously unreported crime, as we did here, we will investigate and determine whether additional criminal charges should be filed.”

A spokesman for Weinstein had no immediate comment on the new charge.

Weinstein, the Oscar-winning producer of “Shakespeare in Love,” was convicted of raping an aspiring actress in 2013 and forcibly performing oral sex on a TV and film production assistant in 2006. His lawyers have said they’ll appeal his prison sentence.