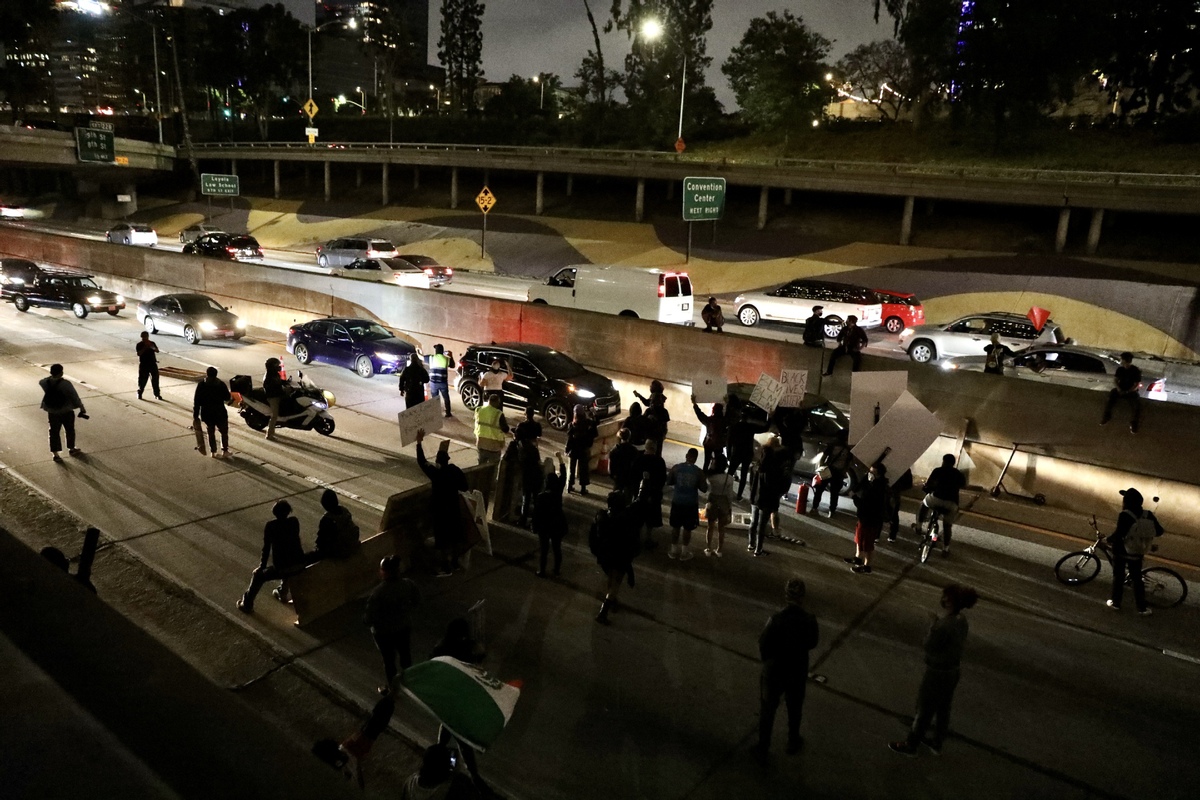 LOS ANGELES -- Los Angeles Mayor Eric Garcetti announced at a press conference Saturday afternoon that a curfew will be in effect in the city's downtown beginning from 8 pm Saturday to 5:30 am Sunday local time.

"We will always protect free speech and Angelenos' right to live without fear of violence or vandalism. To increase safety for demonstrators, law enforcement and all citizens of Los Angeles, we are putting a curfew in place from 8 pm to 5 am," Garcetti said.

He also called for peace as demonstrators climbed on a Metro bus and set police cars ablaze in the Fairfax District, saying "Whether you wear a badge or whether you hold a sign, I'm asking all of Los Angeles to take a deep breath and step back for a moment."

The protests against police brutality targeting African Americans went into the the fourth straight day on Saturday in the second largest city of the United States. George Floyd, an unarmed black man, died of white police brutality in Minneapolis on Monday.

On Friday night, multiple businesses were looted and damaged in an unrest in downtown Los Angeles that ended with more than 530 arrests and six policemen injured.

"A total of 533 arrests were made last night related to the protests. The charges include Burglary, Looting, Probation Violation, Battery on Police Officer, Attempt Murder and Failure to Disperse. All but 18 of the arrestees have released on their own recognizance," the Los Angeles Police Department (LAPD) tweeted Saturday morning.

The LAPD also said Saturday that the department would deploy additional resources to maintain order and ensure the safety and security of local residents and businesses.