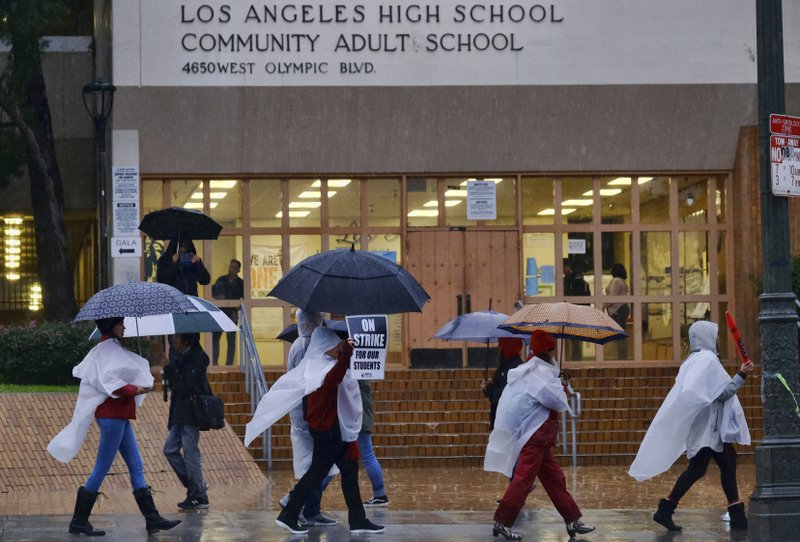 The Los Angeles Unified School District says all elementary, middle and high schools are open despite a strike by the teachers union.

Superintendent Austin Beutner tells KCBS-TV it will be a normal day, with buses picking up students who will be learning.

Some parents and their children have joined teachers protesting outside schools.

Tens of thousands of Los Angeles teachers are striking after contentious contract negotiations failed in the nation’s second-largest school district.

Members of United Teachers Los Angeles voted last year to walk off the job for the first time in 30 years if a deal wasn’t reached on issues including higher wages and smaller class sizes. The strike began Monday.

Months of talks between the union and Los Angeles Unified School District ended without a deal.

Schools will stay open. The district has hired hundreds of substitutes to replace teachers and others who leave for picket lines.

The district says the union’s demands could bankrupt the school system. It’s projecting a half-billion-dollar deficit this budget year and has billions obligated for pension payments and health coverage for retired teachers.

Tens of thousands of Los Angeles teachers are planning to strike Monday.

The district proposed a 6 percent salary increase over the first two years of a three-year contract.

The United Teachers Los Angeles says it wants a 6.5 percent hike that would take effect all at once and be retroactive to fiscal 2017.

With no new talks scheduled, pickets are likely to begin at 7 a.m.