lran launches 2nd wave of missile attack on US bases in Iraq: report 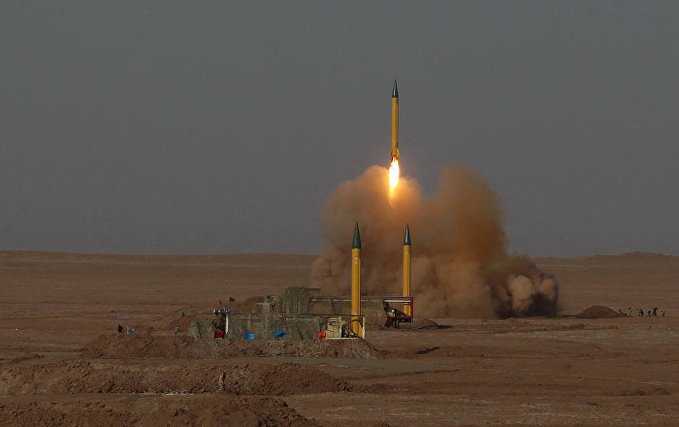 According to the report, Iran launched a dozen of ballistic missiles.

IRGC claimed responsibility for the attacks in a statement, saying that it was in retaliation for the recent killing of its Quds Force Commander General Qassem Soleimani.

Fars News Agency reported that the missiles were probably of Fateh 313 type and they were launched from Iran's western Kermanshah Province.

Fateh 313 missiles are road-mobile single-stage solid-fueled surface-to-surface missile with a range of 500 km.

"We warn all allied countries of the U.S. that they will be a target of military retaliation if attacks are launched from bases in their countries on Iran," the IRGC statement said.

It urged Americans to recall all their soldiers back home to prevent more damage.

Iranian state television said on Wednesday that at least 80 "American terrorists" were killed in the total attacks, adding that none of the missiles was intercepted.

State TV, citing a senior Revolutionary Guards source, also said Iran had 100 other targets in the region in its sights if Washington took any retaliatory measures. It also said U.S. helicopters and military equipment were "severely damaged".