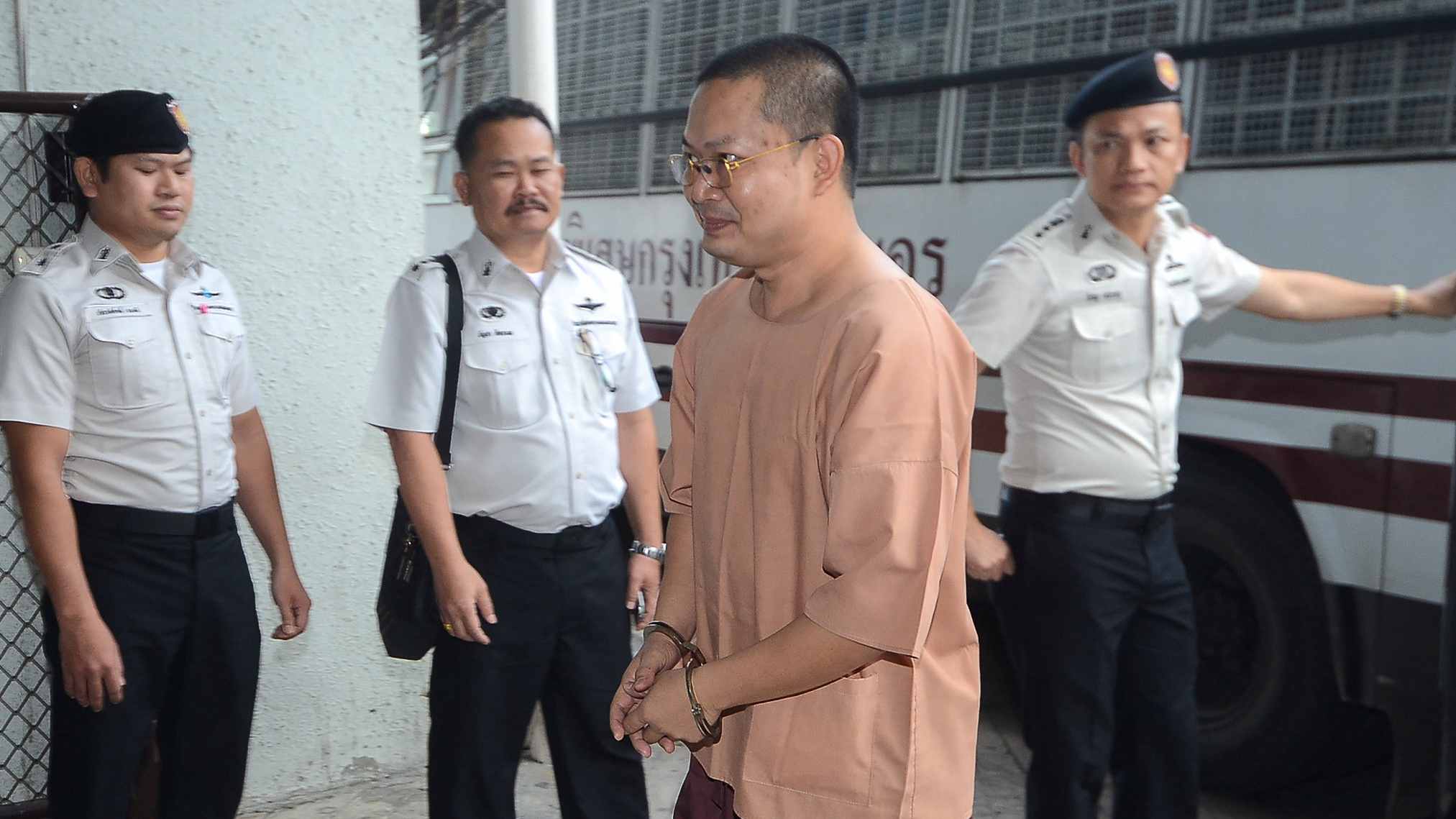 A Thai monk known for his lavish lifestyle and extradited last year after he fled to the US was sentenced on Thursday to 114 years in prison by a court in Bangkok.

Wiraphon Sukphon, 39, made headlines in 2013 when video footage emerged of him wearing designer aviator sunglasses with a Louis Vuitton bag on a private jet.

He fled to the US but was sent back after he was accused of raping a minor in Thailand and deceiving donors who gave him money to build the world's largest emerald Buddha image.

A further probe revealed he owned luxury cars and multiple bank accounts valued at about 700,000 US dollars.

"Judges convicted him and sentenced him altogether to 114 years," the official said, adding that under Thai law Wiraphon would not serve more than 20 years for the convictions.

Wiraphon was also required to return 28.6 million baht (861,700 US dollars) to 29 donors who filed complaints.

The ruling on the rape charge is expected in October, a public prosecutor said.

The monk is accused of having sex with an under-age girl around a decade ago and fathering a child with her. He faces an additional 20 years behind bars if convicted.

Thailand is mostly Buddhist and the religion is woven into everyday life, with most men spending at least some time in a monastery as novice monks.

But recent extortion, sex and drug cases tied to the clergy have shocked the public.

In May the abbot of the tourist magnet "Golden Mount" temple in Bangkok surrendered to police after 4 million US dollars were found in bank accounts in his name.

Police are also investigating whether millions of dollars under control of the National Office of Buddhism were misused.

In a high-profile case in February 2017, troops laid siege to the temple of a mega-rich Dhammakaya sect on the outskirts of Bangkok for weeks in an effort to find and detain its controversial abbot, who remains at large despite accusations of massive fraud.