MacDill AFB on brief lockdown after report of armed suspect 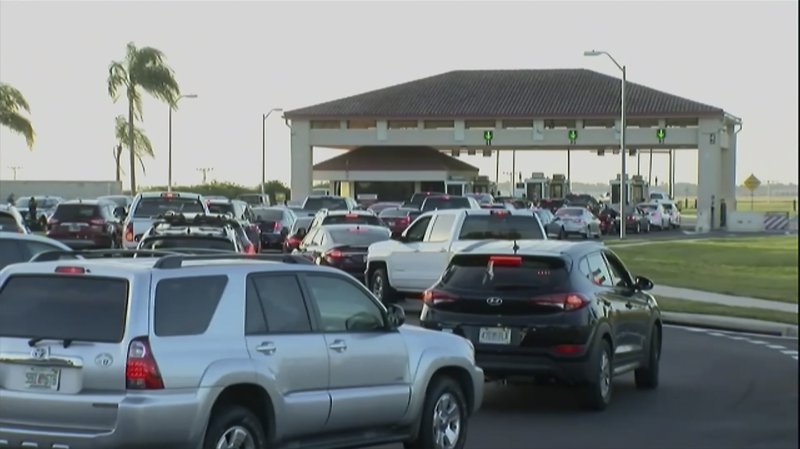 This image still provided by WFTS-TV shows traffic near the MacDill Air Force base in Tampa, Fla., on Friday, Jan. 10, 2020. (Photo: AP)

MacDill Air Force Base in Tampa, Florida, was briefly put on lockdown Friday morning after a report of an armed suspect outside the base.

All other gates to the base were reopened around 8 a.m. No shots were fired on the base and there were no injuries to any MacDill employees, the news release said.

Base officials were assisting local law enforcement in searching for the suspect, Lt. Brandon Hanner, a spokesman for MacDill said.

Police in nearby St. Petersburg told news outlets the suspect was initially involved in a domestic dispute at an apartment where his ex-girlfriend lives with her boyfriend. The man showed up there early Friday and vandalized a car belonging to the woman’s boyfriend and damaged their apartment door.

Investigators notified base officials that they thought the man was on or near MacDill. The suspect was taken into custody around 9 a.m. in Hernando County, which is north of Tampa, according to St. Petersburg police. The man’s name wasn’t immediately released.

During the lockdown, traffic was at a standstill on numerous roads around the base, which is near downtown Tampa, news outlets reported. MacDill is the headquarters for US Central Command and US Special Operations Command.

“We had a pretty dynamic situation this morning when we had to put the base on lockdown,” 6th Air Mobility Wing commander Col. Stephen Snelson said in a Facebook message. “We all took this very seriously and I know it may have been inconvenient for a lot of folks during the morning commute, but when it comes to the safety of our service members, as well as our families, we’re going to always go with the better approach and be conservative.”