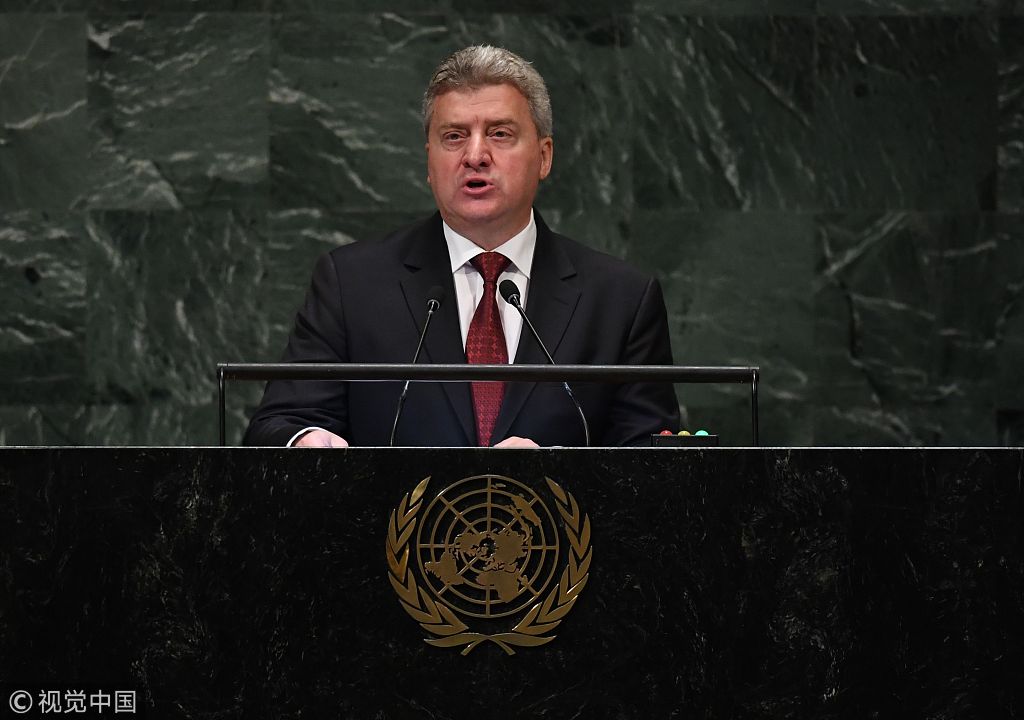 Macedonian President Gjorge Ivanov called on Thursday for voters to boycott this weekend's referendum on a name change, saying the country was being asked to commit "historical suicide."

"Voting in a referendum is a right, not an obligation," Ivanov said in a speech at the United Nations General Assembly.

"On September 30, I will not go out and vote and I know that you, my fellow citizens, will make a similarly wise decision."

Macedonians are due to go to the polls on Sunday to vote on whether to add "North" to their country's official name in an effort to overcome a 27-year-old argument with neighboring Greece.

Top photo: President of Macedonia Gjorge Ivanov speaks during the General Debate of the 73rd session of the General Assembly at the United Nations in New York September 27, 2018. (Photo: VCG)