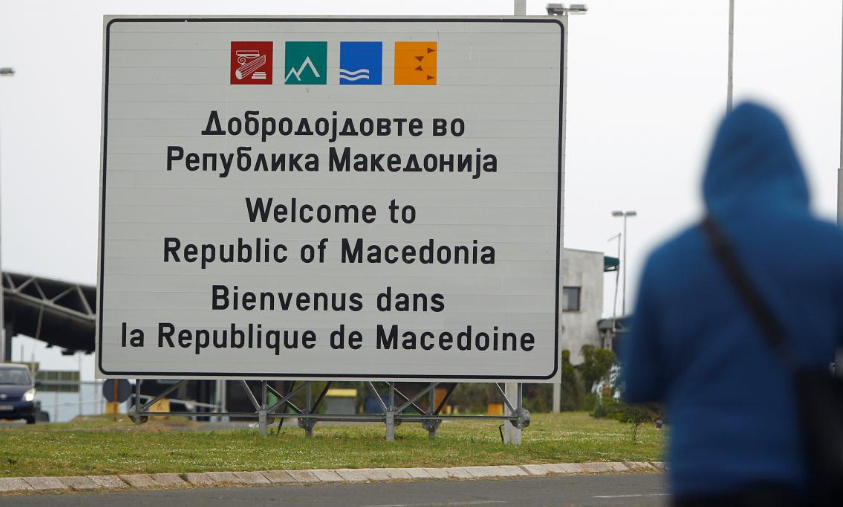 A person walks near a sign that reads "welcome to Macedonia" at the Macedonia-Greece border April 16, 2018 (Photo: Reuters)

Macedonia’s main opposition party, the nationalist VMRO-DPMNE, said it was against changing the country’s name to Republic of Ilinden Macedonia, undermining prospects for a solution of a decades-long dispute with Greece.

Macedonia’s NATO and EU accession process has been blocked by Greece which disputes the former Yugoslav republic’s name, saying it implies a territorial claim over its northern province of the same name.

Prime Minister Zoran Zaev and his Greek counterpart Alexis Tsipras discussed the proposal on the sidelines of the Western Balkan-EU summit in Sofia last week.

However, Zaev would need the support of VMRO-DPNE for any change of name to take effect. Tsipras is also struggling to win political backing for the plan in Greece.

Zaev’s coalition needs to secure a two-thirds majority in the 120-seat parliament to get backing for constitutional changes required to get the new name approved.

“VMRO-DPNE,will not support a change to the constitution with the goal to change the constitutional name,” party leader Hristijan Mickoski said on Sunday afternoon after meeting Zaev.

For Macedonians Ilinden, or August 2 is a symbolic date - in 1903, the region rose against Ottoman rule, while on the same day in 1944 foundations were laid for establishing of the republic of Macedonia within the Former Yugoslavia.

For his part, Tsipras failed to secure support from his coalition ally and the opposition parties on Saturday.

His ally, the small right-wing Independent Greeks party, has repeatedly said that it will not back any name that includes the term ‘Macedonia’, while the main opposition conservative New Democracy party said the name was “unacceptable.”

But on Sunday afternoon Zaev said: “With this name we are making a full distinction from the region Macedonia in Greece, distinction in every aspect.”

Both Macedonia and Greece are under pressure to resolve the dispute, as Western countries see the region’s integration into the EU and NATO as a way to improve stability 20 years after the decade of wars in the 1990s.