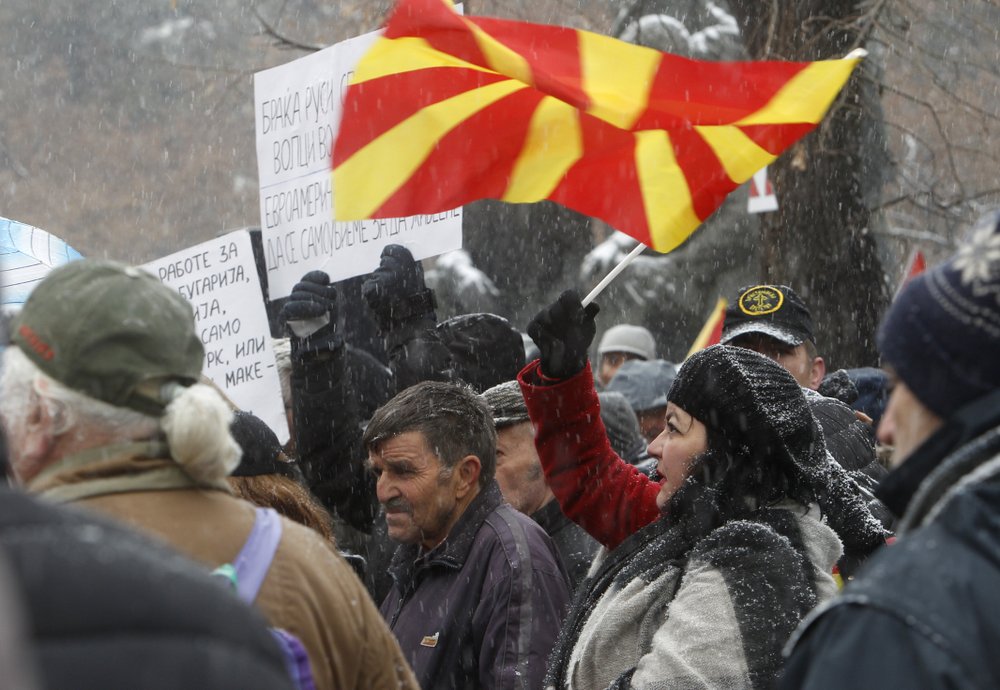 Opponents to the change of the country's constitutional name protest outside the parliament building on January 9, 2019. (Photo: AP)

Macedonia’s prime minister was struggling Thursday to get the required number of lawmakers to finalize constitutional changes that will rename the country North Macedonia and allow its NATO accession under a deal with neighboring Greece.

Zoran Zaev told reporters in Skopje that he has not yet secured support from the required two-thirds of the 120-seat parliament, or 80 lawmakers. A planned parliamentary session on the matter Friday was postponed.

The party says this will safeguard the identity of ethnic Albanians — about a quarter of Macedonia’s 2.1-million population.

Zaev said the reference to Macedonian citizenship is key for his country in the deal with Greece. He also said that a group of opposition conservative lawmakers who had initially supported the constitutional changes — and were subsequently ejected by their VMRO-DPMNE party — strongly opposed the ethnic Albanians’ demand.

Hundreds of opposition supporters protested in front of parliament for a second day Thursday against the deal, demanding early elections and the dissolution of parliament.

He has claimed Zaev exerted pressure on members of the judiciary on cases involving conservative party lawmakers, or their family members, accused in connection with a violent parliament invasion last year.

“Look how publicly, how openly, this trade is going on with (Macedonia’s) name and identity, like at a market stall,” Mickoski said.