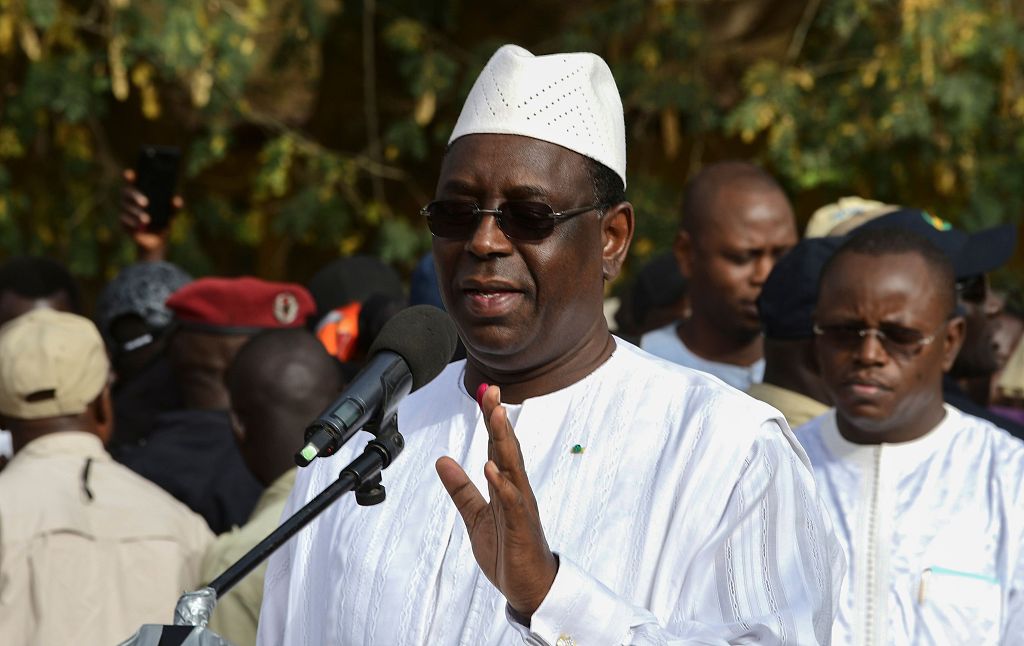 Incumbent President Macky Sall speaks after casting his vote for Senegal's presidential elections at a polling station in Fatick on February 24, 2019. (Photo: VCG)

According to the Senegalese prime minister, who is also the outgoing president's representative, Macky Sall obtained 57 percent of the vote and won the whole presidential election.

Dionne said the incumbent president has a comfortable lead in 13 of Senegal's 14 electoral regions.

However, the results cited by the prime minister are the first trends of voting circulating in local media without the verification of electoral authorities.

The candidate Ousmane Sonko has also denounced the publication of the first tendencies by the press.

The Commission of Census of Votes in Senegal will publish the official provisional results before Wednesday as these results will be confirmed by the Constitutional Council.