Germany's Chancellor Angela Merkel hosted France's President Emmanuel Macron in Berlin on Friday, and the pair presented a united front at a press conference discussing European tourism and the continuing threat of COVID-19 on the continent. 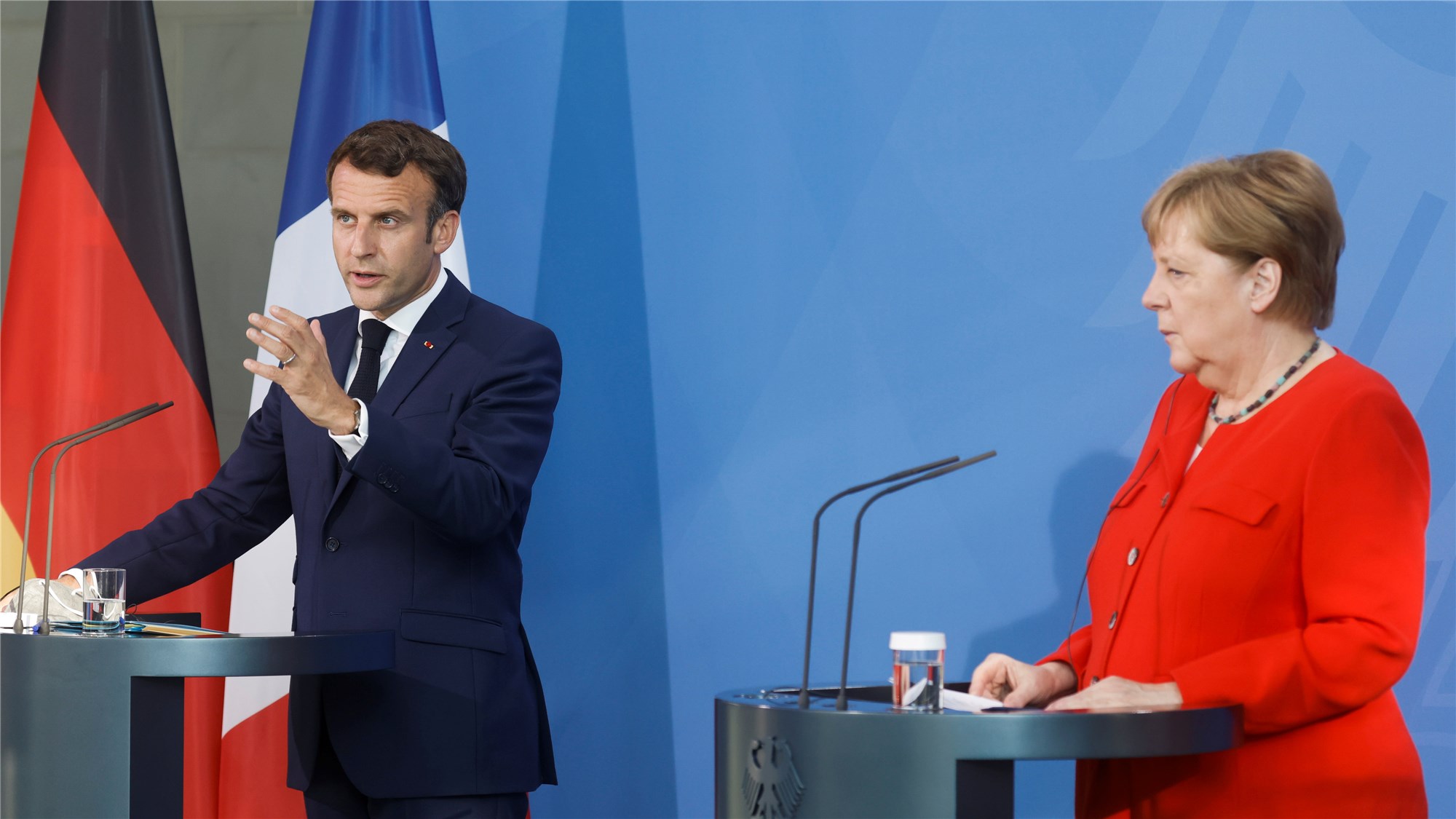 Merkel, who is on her final round of international meetings as leader of Germany before she departs her role of 15 years in September, warned Europeans not to "behave as if the pandemic is over."

France's Macron was more direct, saying European governments were "watching the Delta variant in the UK."

He added that the EU Member States should "coordinate" their border openings, to reduce the risk of further outbreaks in countries which heavily rely on summer tourism.

"Some countries have reopened their borders earlier for tourist industry reasons, but we must be careful not to re-import new variants," he added.

The World Health Organization on Friday said that Delta was already set to become the world's dominant variant.

The power couple of European politics ended with notes on last week's G7 Leader's Summit in the UK, which was their first meeting with new U.S. President Biden.

"I think we can all be happy that the president of the United States of America has once again created a climate of cooperation," Merkel said.

Macron added that Biden had spoken of the EU "like an ally."