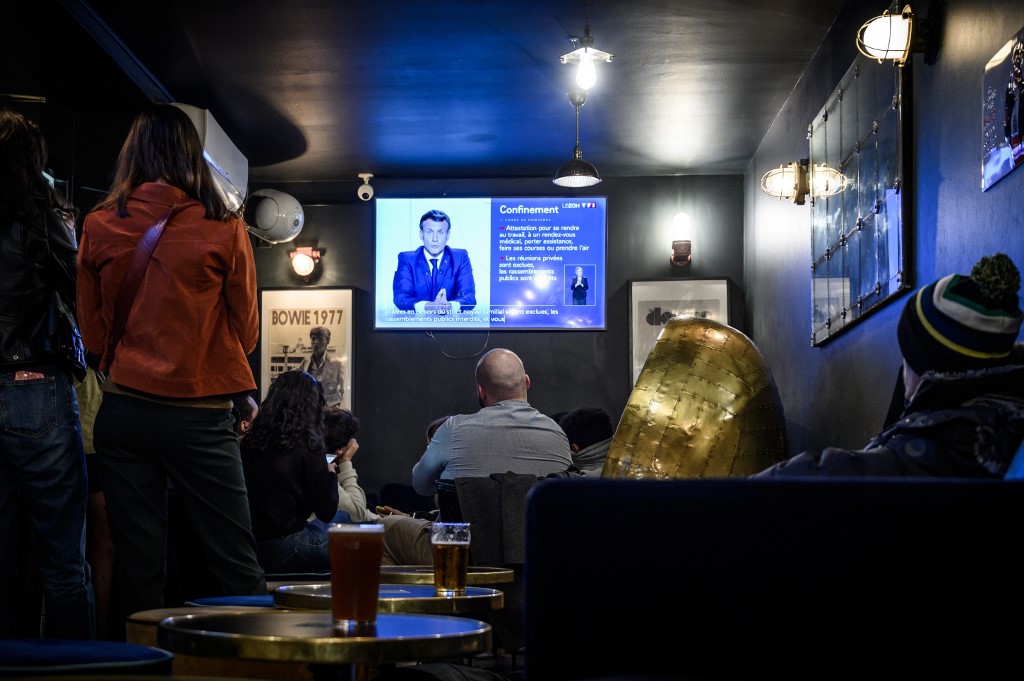 Clients watch French President Emmanuel Macron's evening televised address to the nation in a cafe in Bordeaux, southern France, on October 28, 2020, to announce new measures aimed at curbing the spread of the Covid-19 pandemic. (Photo: AFP)

The blockade policy will last at least until December 1, and to be extended if needed.

Macron rejected the idea of "herd immunity", acknowledging that France is risked being "overwhelmed by a second wave that no doubt will be harder than the first", and almost the entire territory has exceeded the alarm threshold.

Residents were allowed to go out to buy food and seek medical treatment with a travel certificate in the first lockdown in March. Private gatherings were restricted, public gatherings were prohibited, and restaurants and bars were closed. Universities were closed but teaching online. Companies were encouraged to work online and provide special assistance to companies and employees in trouble.

The difference from the last lockdown is that kindergartens, primary and secondary schools and enterprises will remain open under the premise of strict compliance with health regulations, and nursing homes will also allow visits. The French territory remains open to EU countries but closed to others, and entry and exit inspection control will be strengthened.

Macron expressed the hope that the people will uphold the civic spirit and sense of responsibility, abide by the rules, stay at home, and hold on to the hope until next summer that they will be vaccinated.