WORLD Macron calls for EU-wide coordination in response to terrorism

Macron calls for EU-wide coordination in response to terrorism

French President Emmanuel Macron on Tuesday called for enhanced efforts across the European Union (EU) to fight terrorism in a "rapid, coordinated and joint" approach, noting many European cities have been troubled by the problem. 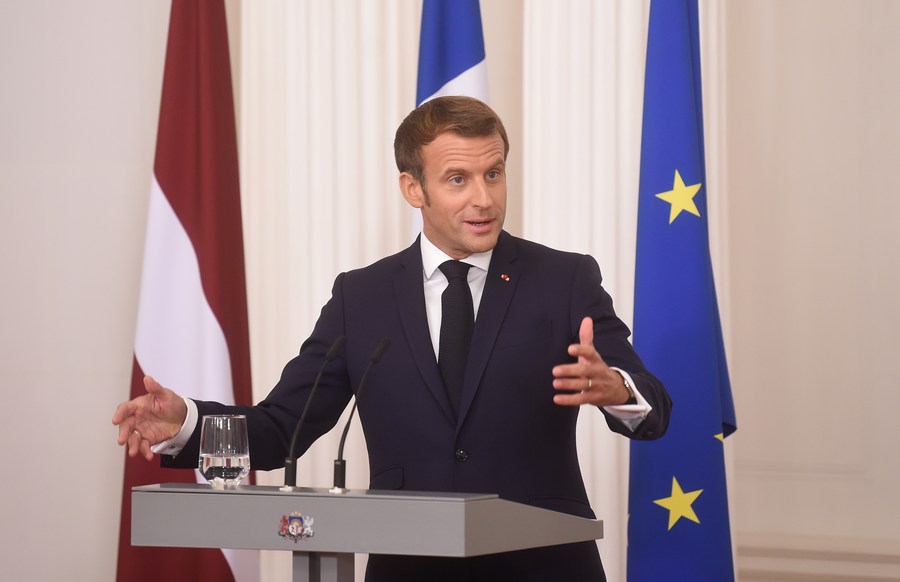 Macron made the plea at a joint press conference together with Austrian Chancellor Sebastian Kurz, German Chancellor Angela Merkel, Dutch Prime Minister Mark Rutte, European Council President Charles Michel and European Commission President Ursula von der Leyen after he hosted a virtual meeting discussing the matter.
The one-hour online meeting came a week after a shooting rampage that killed four people in the heart of Vienna, which followed an assault at a church in the French city of Nice and the beheading of a teacher in Paris suburb weeks earlier.
At Tuesday's roundtable, the leaders prioritized the implementation of a series of ongoing measures including the development of databases, inter-governmental work to improve security coordination and the exchange of information.
Echoing Michel and Merkel, von der Leyen said the best way of tackling terrorism is "to make sure that these young people have a future," adding that "we need to work on the training on how to better integrate people."
Both von der Leyen and Merkel mentioned the possibility that a proposal on quickly removing hate speeches on the internet could be adopted by the end of this year.
Macron also spoke about the much-needed reform to the Schengen area as well as measures to fight illegal migration.
The ideas were backed by Merkel, who said this became an urgent matter after the most recent terror attacks. "We will be recording who is coming in but also who is leaving the European Union. We need to know both," she said.
The German chancellor noted that the enhanced effort was "not to fight against Islam, nor a fight between Christianity and Islam."
She stressed the need to communicate with Muslim countries and find joint solutions.
"There is a social element to all of that. It's not just about criminal law or the judiciary," said Merkel.