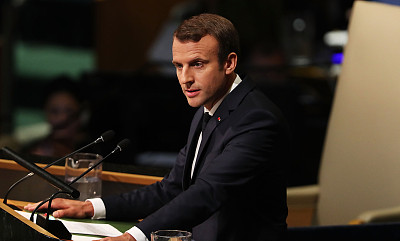 French President Emmnual Macron on Saturday recalled "the importance of preserving the Iranian nuclear agreement, and the necessary respect by all parties of their commitments under this agreement" in a telephone talk with Israeli Prime Minister Benjamin Netanyahu.

This is according to a press release published by the French presidency on Saturday.

The French presidency added that Macron and Netanyahu "also referred to the subject of the Israeli-Palestinian peace process in the continuity of their exchanges of Dec. 10."

This phone talk came after an ultimatum issued by American President Donald Trump to the Europeans to tighten in the coming months the terms of the agreement reached in 2015 between Iran and the major powers, if they want to avoid Washington's withdrawal from the deal.