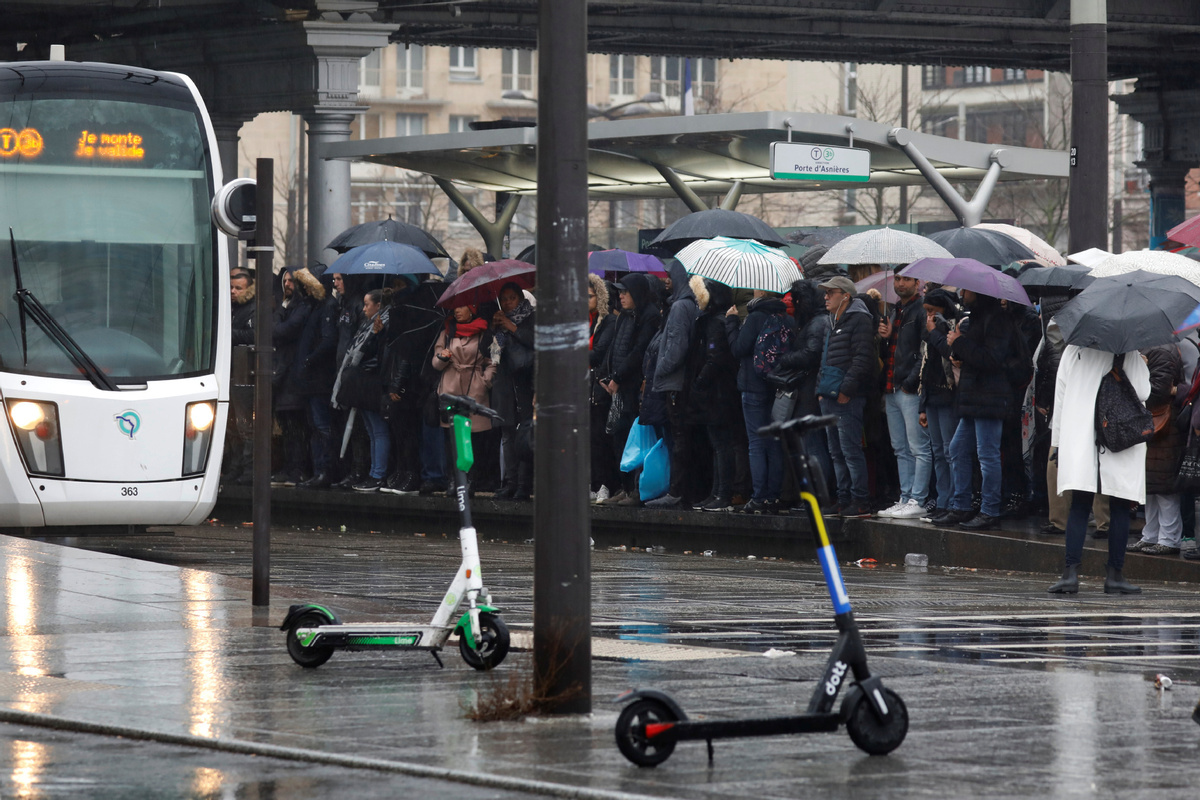 People wait for tramways as a strike by all unions of the Paris transport network (RATP) and French SNCF workers entered its twelfth consecutive day in Paris, France, on Dec 16, 2019. (Photo: Agencies)

PARIS -- French President Emmanuel Macron has decided to give up in advance his future pension as a president, the presidential residence Elysee Palace told French media on Saturday night, confirming earlier reports by Le Parisien.

The decision came as France entered the 17th day of a social movement against the pension reform plan pressed ahead with by Macron's government, while the president has been celebrating Christmas with the French troops in Ivory Coast since Friday.

"There is no desire to display" but "a desire for consistency" from the part of Macron, the Elysee told French news agency AFP.

"Consistency" means that the law on former presidents' pensions will no longer apply to any president in the future, said the Elysee.

Under the French law, former heads of state have a pension equivalent to the salary of a state councilor, or 6,220 euros (about $6,890) per month. This amount is not subject to any age condition, term of office or income limit.

The government argues that the new system would be simpler and fairer for all, but unions fear that citizens will have to work for longer and ultimately get lower pensions. Strikes have crippled the country's public transport and education for over two weeks.

Earlier this week, the government and unions had two days of negotiations without reaching a deal to break the deadlock as the unions have called for a massive demonstration on Jan 9.