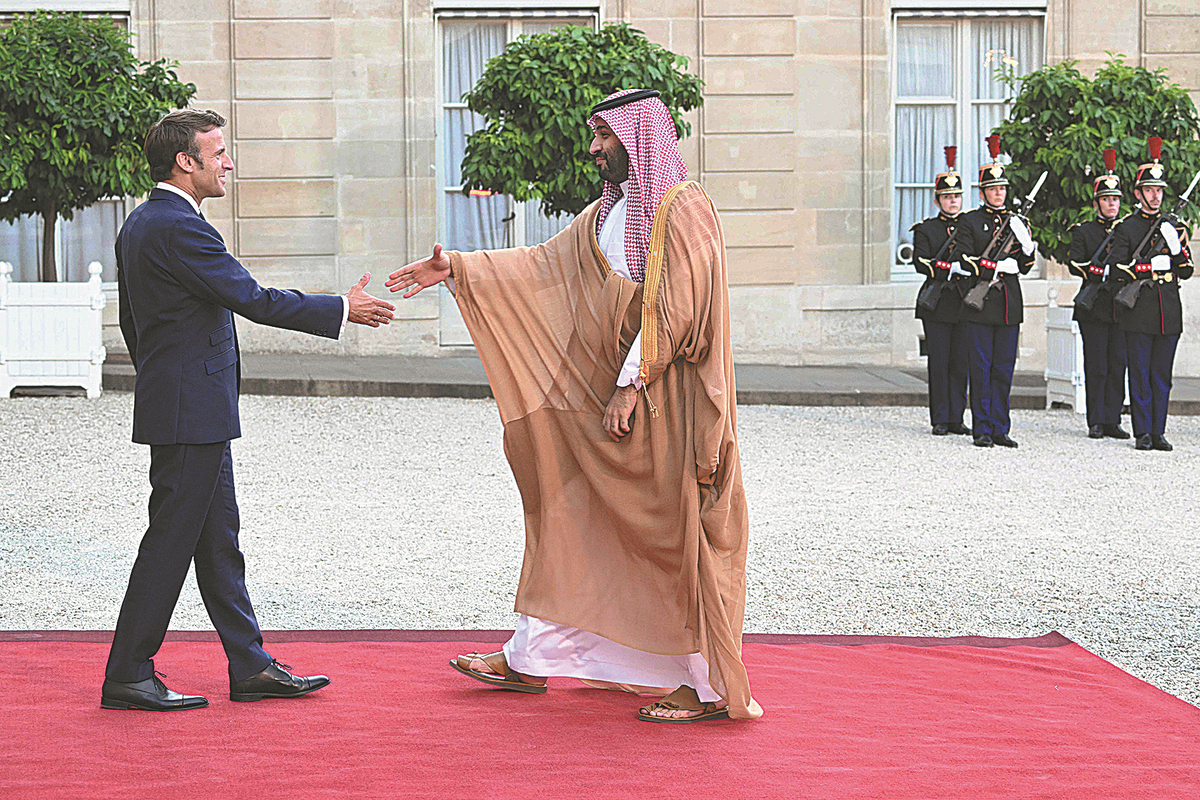 Ahead of a working dinner with the crown prince on Thursday evening, Macron welcomed him with a long handshake in front of the red-carpeted stairs of the Elysee Palace in Paris.

Both sides confirmed after the meeting that they agreed on further energy cooperation.

A statement from Macron's Elysee office on Friday said that Macron underlined the importance of having a diverse source of energy supplies during his talks with the crown prince.

Macron and the crown prince also discussed the importance of stabilizing global energy markets and supplies of wheat and grains, the SPA added.

The visit to Paris by the crown prince comes two weeks after he held talks in Saudi Arabia with US President Joe Biden.

France and other European countries are looking to diversify their sources of energy amid the Russia-Ukraine conflict. Macron wants Saudi Arabia, the world's largest oil exporter, to raise production, according to Reuters.

Russian gas flows to Europe via the Nord Stream 1 pipeline and via Ukraine remained steady on Thursday, operator data showed.

Macron in December last year became the first Western leader to visit Saudi Arabia since the killing in 2018 of Saudi journalist Jamal Khashoggi. And the meeting is widely seen as the latest step in the diplomatic rehabilitation of the Saudi crown prince.

Macron's dinner capped a long day for the French leader: He was in Guinea-Bissau, wrapping up a three-nation, four-day tour of Africa, on Thursday morning.

Guinea-Bissau President Umaro Sissoco Embalo and Macron expressed their willingness to strengthen cooperation between the two countries in various fields, in particular education, fishing, defense, infrastructure and agriculture, at the end of Macron's Africa tour.