Macron, Merkel want explanations from US, Denmark over spying report 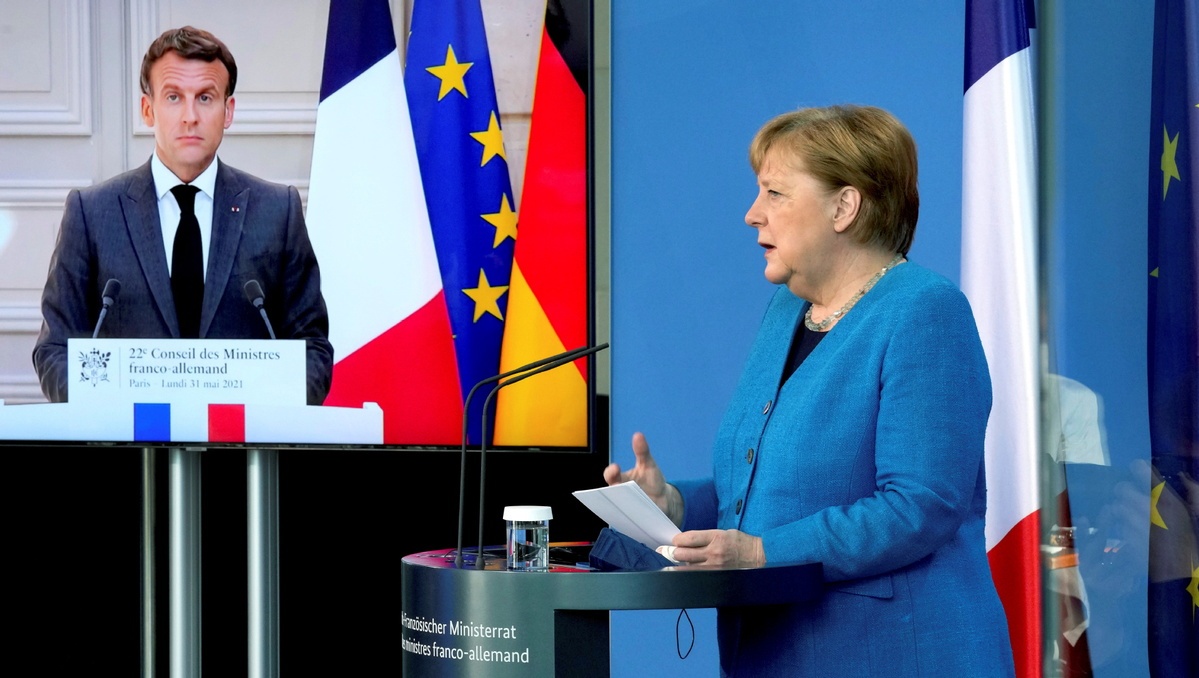 French President Emmanuel Macron is seen on a video screen during a joint press conference with German Chancellor Angela Merkel, as part of a virtual Plenary Session of the Franco-German Council of Ministers in Berlin, Germany, May 31, 2021. (Photo: Agencies)

French President Emmanuel Macron and German Chancellor Angela Merkel said on Monday that they expected the US and Danish governments to present explanations over allegations Washington spied on European allies with Copenhagen's aid.

"This is not acceptable between allies, and even less between allies and European partners," said Macron after a French-German summit meeting held via video conference between Paris and Berlin.

"I am attached to the bond of trust that unites Europeans and Americans," Macron said, adding that "there is no room for suspicion between us."

"That is why what we are waiting for complete clarity. We requested that our Danish and American partners provide all the information on these revelations and on these past facts. We are awaiting these answers," he said.

Giving her position, Merkel said she "could only agree" with the comments of the French leader.

In an investigative report on Sunday, Danish public broadcaster Danmarks Radio (DR) and other European media outlets said the US National Security Agency (NSA) had eavesdropped on Danish underwater internet cables from 2012 to 2014 to spy on top politicians in Germany, Sweden, Norway and France.

Merkel said at the summit that she was "reassured" by statements by the Danish government, especially Defence Minister Trine Bramsen, condemning such actions.

"Apart from establishing the facts, this is a good starting point to arrive at relations that are truly based in mutual trust," she said.