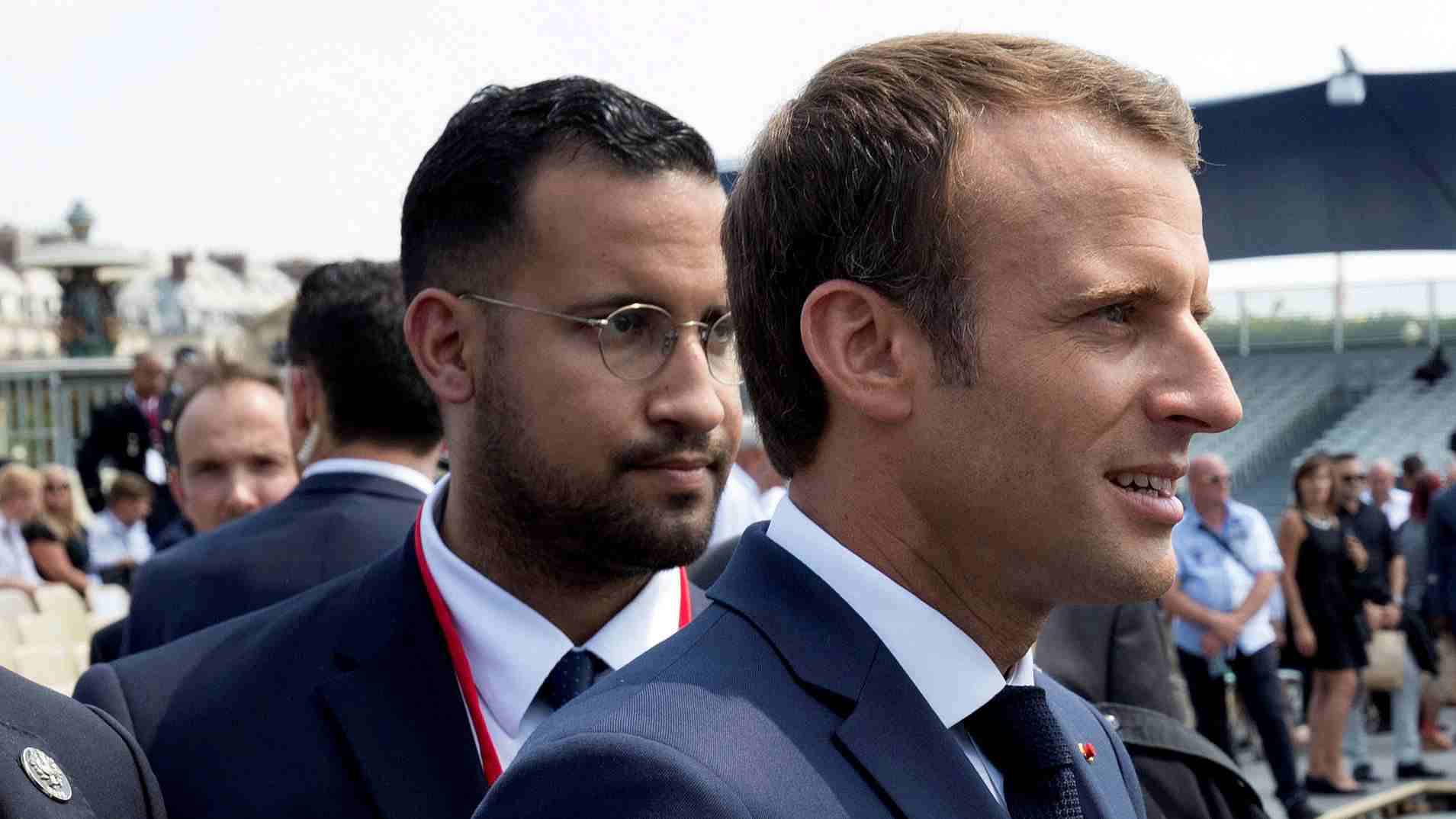 French President Emmanuel Macron is reported to have ordered a reorganization of his office after widespread criticism of its handling of allegations that one of his senior security officers had assaulted protesters at a May Day demonstration.

Acknowledging a series of malfunctions at the Elysee Palace since the incident, Macron asked the secretary-general of the presidency, Alexis Kohler, to work on the shake-up, a source was quoted by Reuters as saying.

The president's bodyguard, Alexandre Benalla, was placed under investigation on Sunday in a case that has sparked a political storm and brought the sharpest criticism Macron has faced since taking power 14 months ago.

Le Monde newspaper released a video last week showing Benalla at the May 1 protests in Paris wearing a riot helmet and police tags while off duty.

In the footage, he can be seen dragging a woman away from a protest and later beating a male demonstrator. On Friday, French media released a second video which showed Benalla also manhandling the woman.

Macron fired Benalla, the head of his personal security detail, on Friday but faced criticism for failing to act sooner. Benalla had initially been suspended for 15 days before being allowed to return to work.

Macron met several members of his government on Sunday to discuss the case, the source said.

"The president said the behavior of Alexandre Benalla on May Day was unacceptable, shocking, and that he could not allow the idea that someone in his entourage can be above the law," the source said.

It was the first time Macron was reported to have commented on the case.

Lawmakers have launched a parliamentary inquiry into the incident, the lenient initial punishment and the failure of the authorities to report Benalla promptly to the judiciary.

The prosecutor’s office said on Sunday evening Benalla would be investigated over group violence, interference in public service and illegal wearing of a police badge along with two other felonies.

Being the target of an investigation in France does not necessarily lead to a trial.

Another man who appears with Benalla was also placed under investigation along with three other police officers who are suspected of having passed on official video surveillance material to Benalla to help him prepare his defense.

Benalla has not commented publicly on the allegations against him.

French media reported that Benalla, 26, had been granted perks by the presidency such as an apartment in a high-class Paris area and a chauffeur-driven car. He had also been given the highest level of security clearance to the lower house of parliament.

Interior Minister Gerard Collomb is to be questioned by members of the national assembly on Monday and by the Senate on Tuesday.