French President Emmanuel Macron's popularity is creeping up in opinion polls as he tours the country as part of a "great national debate", part of his government's response to anger expressed by the "yellow vest" protest movement. 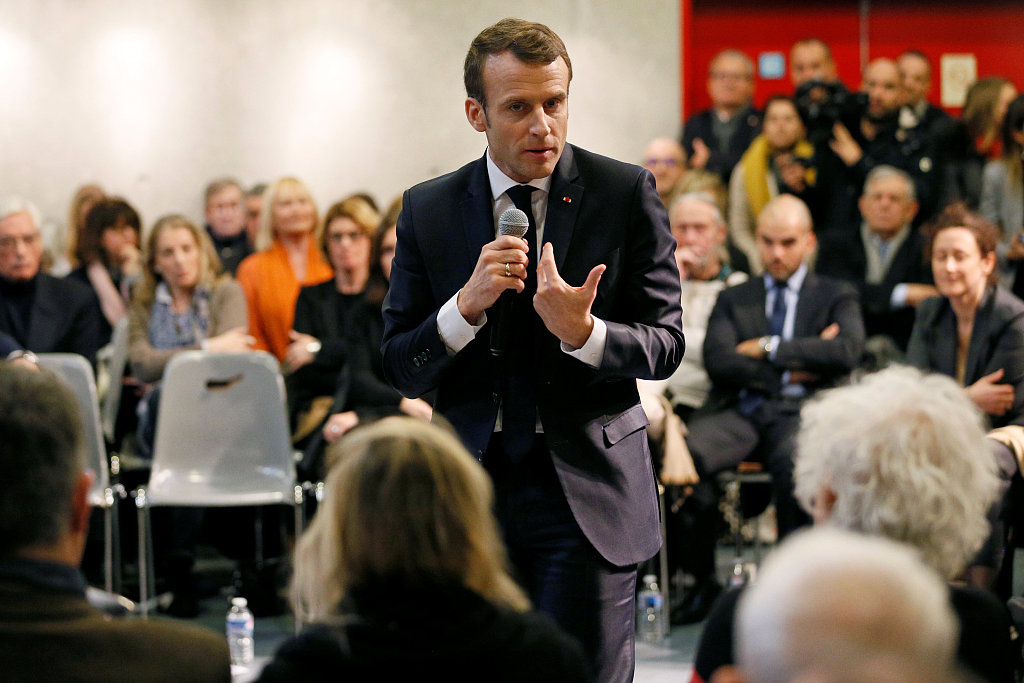 The president, who lost 15 points between June and November, according to polls by the BVA survey group, has recovered four points over the past month, the latest BVA poll said Friday.

The survey, carried out between January 23 and 24, showed 31 percent of people had a positive of view of Macron, while 69 percent expressed a negative opinion.

An Odoxa poll, carried out on January 22 and 23 and also released Friday, found that 30 percent of people thought he was a "good president", while 69 percent thought otherwise.

Analysts see his recovery as being linked to four campaign-style performances in "the great national debate" -- a series of town hall meetings held up and down the country over the past 10 days.

On Thursday, Macron arrived unannounced at a town hall meeting of some 250 people in the small southern town of Bourg-de-Peage, answering questions and making the case for his policies over three hours.

"Sorry for turning up at the last minute," he told the crowd before going on to recount his own life story as the son of doctors from provincial France who founded his own political party less than three years ago.

Macron is frequently denounced as the "president of the rich" by his opponents due to his business-friendly policies and tax cuts for the wealthy, which have been a focus of the anger expressed by "yellow vest" protesters.

He began the town hall debates on January 15 by spending more than six hours listening to and responding to mayors in a village in northern France.

French public opinion has been divided over the debate, with 22 percent suggesting it is a good idea, 27 percent opposing the project, and 51 percent waiting to see "what comes of it", according to the BVA poll.

But the poll also found that just over half of the 1,023 people interviewed (53 percent) believe the "yellow vests" should keep up their protest, while 47 percent want it to stop.