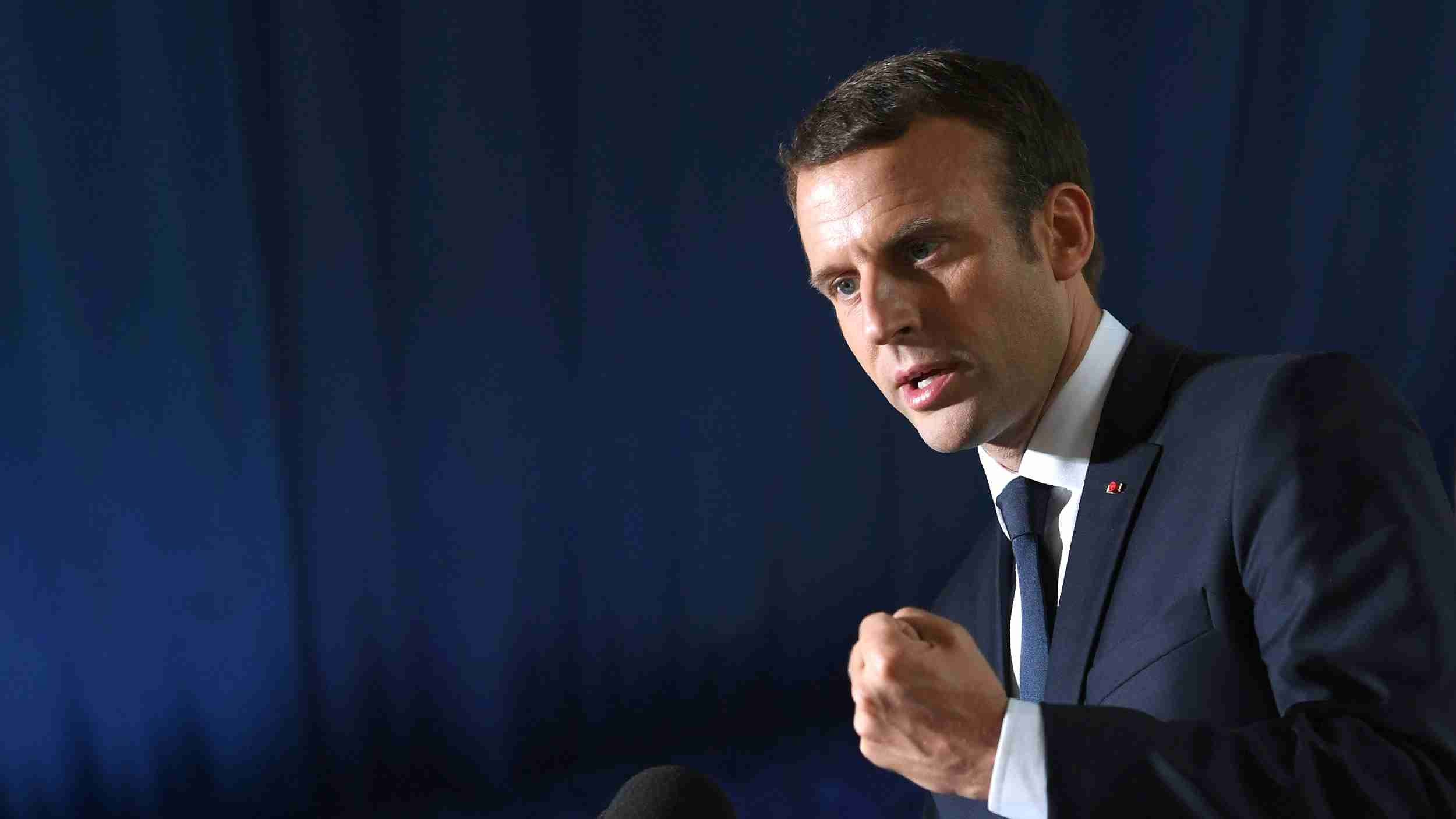 French President Emmanuel Macron says it's time for Europe to reach out to Russia — to keep it in the Western fold, check its global ambitions and avoid being caught in the middle of a new Cold War.

Macron didn't say outright whether he wants to lift EU sanctions imposed over Russia's annexation of Crimea from Ukraine, the heart of East-West tensions for the past five years. But he said new sanctions "are not in our interest."

In a sweeping diplomatic speech Tuesday after hosting the G-7 summit , Macron sketched out a role for France as a "balancing power" — between Russia and its rivals, between the US and Iran, between rich and poor countries.

"Pushing Russia from Europe is a profound strategic error," Macron said. Europe's "weaknesses and mistakes" have helped lead Russia to boost its alliance with China and revive its influence in Syria, Libya and around Africa.

"It's not in our interest to be weak and guilty, to forget all our disagreements and to embrace each other again," he said, but insisted: "The European continent will never be stable, will never be in security, if we don't pacify and clarify our relations with Russia."

Macron and Russian President Vladimir Putin met last week and vowed to give a new boost to peace talks with Ukraine. But the two disagreed on other issues, including Syria and the Russian crackdown on opposition protests.

After inviting the Iranian foreign minister as a surprise guest to the Group of Seven summit in France, Macron said Tuesday that his risky diplomatic maneuver helped create "the possible conditions of a useful meeting."

Macron acknowledged that his efforts to bring Iran and the US together are "fragile" but says he still sees a "possible path" to rapprochement after decades of conflict.

He expressed hope at the G-7 on Monday that US President Donald Trump and Iranian President Hassan Rouhani could meet within weeks. Trump said there was a "really good chance" that could happen — but Rouhani said Tuesday that the US president must first lift sanctions imposed on Tehran.

Brazil, meanwhile, rejected offers of international aid championed by Macron at the G-7 to fight Amazon wildfires. Brazilian President Jair Bolsonaro accused France and other rich countries of treating the region like a "colony."

Macron called that interpretation a "mistake." He said the money is aimed at countries in the region and is a sign of friendship — not "aggression."

He said the money isn't just aimed at Brazil but at nine countries in the Amazon region, including Colombia and Bolivia. France, too, considers itself an Amazon country via its overseas region of French Guiana.