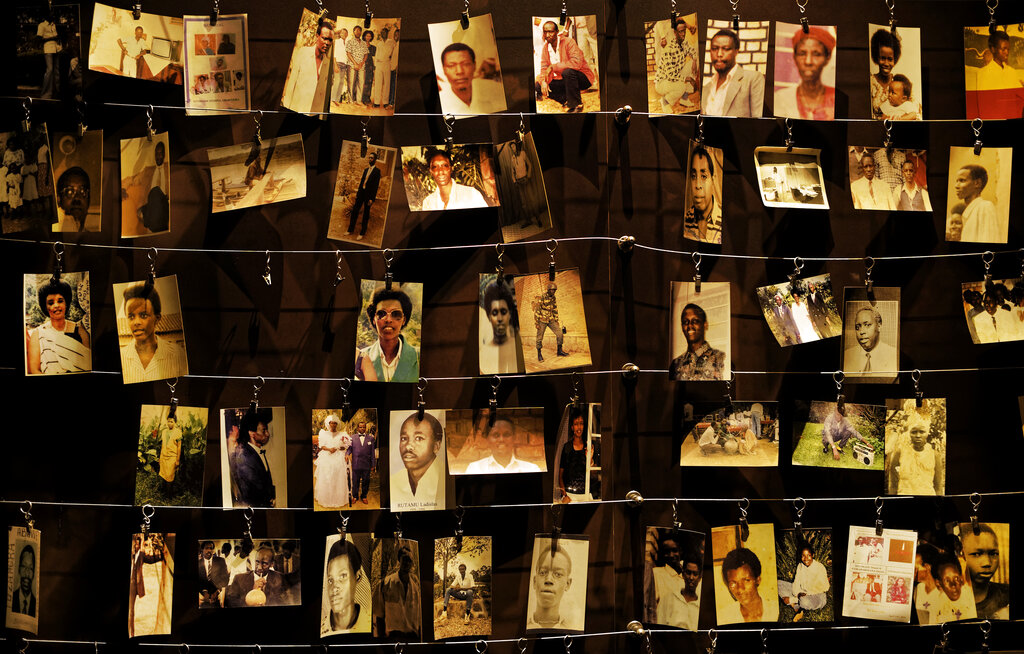 In this Friday, April 5, 2019 file photo, family photographs of some of those who died hang on display in an exhibition at the Kigali Genocide Memorial centre in the capital Kigali, Rwanda. (Photo: AP)

French President Emmanuel Macron on Thursday recognised his country's role in the 1994 genocide in Rwanda, from backing a genocidal regime to ignoring warnings of the impending massacres.

"Standing here today, with humility and respect, by your side, I have come to recognise our responsibilities," Macron said in a speech at the Kigali Genocide Memorial.

Macron is the first French leader since 2010 to visit the East African nation, which has long accused France of complicity in the killing of some 800,000 mostly Tutsi Rwandans.

Macron said France "was not complicit" in the genocide.

"But France has a role, a story and a political responsibility to Rwanda. She has a duty: to face history head-on and recognise the suffering she has inflicted on the Rwandan people by too long valuing silence over the examination of the truth".

While some had been hoping for a full apology, Macron's comments went further than his predecessors and he said that only those who had survived the horrors "can maybe forgive, give us the gift of forgiveness."