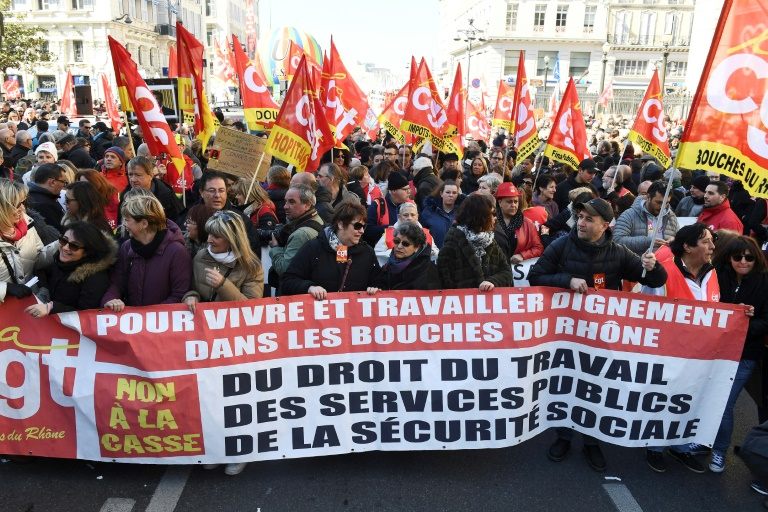 Union protesters at a demonstration in Marseille in southern France as a nationwide strike disrupts public services on Thursday. (Photo: AFP)

An estimated 200,000 protesters took to the streets of France on Thursday in a showdown between trade unions and President Emmanuel Macron that could be decisive for his reform agenda.

Seven unions representing staff in the public sector led strikes and protests on Thursday, and a third of railway workers walked out to join the demonstrations against 40-year-old Macron's bid to shake up the French state.

Around 198,000 people demonstrated nationwide, according to police figures, including 49,000 in Paris. The CGT union, the biggest in the public sector, estimated the total turnout at over half a million.

Less than half of the country's high-speed TGV trains were running and flights, schools, daycare centres, libraries and other public services such as garbage collection were also affected.

Police fired teargas and water cannon in central Paris during sporadic clashes between security forces and groups of youths which appeared to have been infiltrated by masked, far-left anarchists.

At least one office window was smashed, police said, and a car was set on fire.

But while commuters faced problems in some areas, particularly in the suburbs of Paris, the impact of the strikes was low by historic French standards. 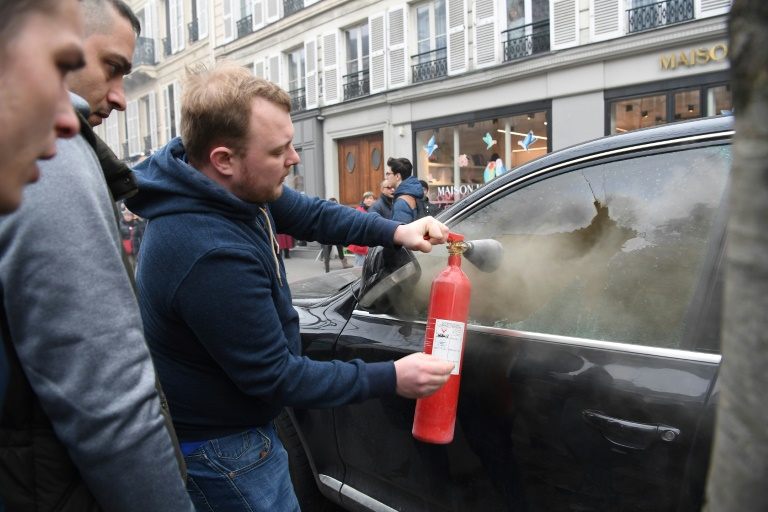 A man tries to extinguish a fire inside a car on the sidelines of a demonstration in Paris on Thursday. (Photo: AFP)

"The real question for today is how many people are going to join the action?" hard-left leader Jean-Luc Melenchon told reporters in Paris as he arrived with other leftist political leaders, including the incoming head of the Socialist party Olivier Faure.

Baptiste Colin, a 22-year-old engineering student who demonstrated in Paris, accused the government of wanting to "destroy public services" -- a sentiment echoed by Marine Bruneau, a municipal worker.

"They seem to consider that in France...the private sector can do everything and that we don't need public servants like me. But France needs us. If we're not here, the country is not ok."

March 22 had been chosen deliberately to echo the start of student protests in 1968 that paralysed the country and culminated in notorious street battles between police and demonstrators in May of that year.

On Thursday, protests in major cities such as Marseille and Lyon saw around 10,000 people and rail unions claimed around 25,000 took part in Paris, but the numbers were smaller than previous demonstrations against labour reforms rammed through by Macron last year.

The centrist leader was reported to have told advisors in private this week that he was feeling "serene" as the day of action drew near, adding that it was "not a cause for panic", according to the investigative newspaper Le Canard Enchaine.

Public opinion is largely behind his bid to remove some job privileges for new hires at debt-laden state railway operator SNCF.

His plans to shake-up the civil service meanwhile come as no surprise, with Macron having set out his plans when campaigning for president

A survey published Thursday by Elabe pollsters showed however 74 percent of the French deem his liberal policies "unfair". 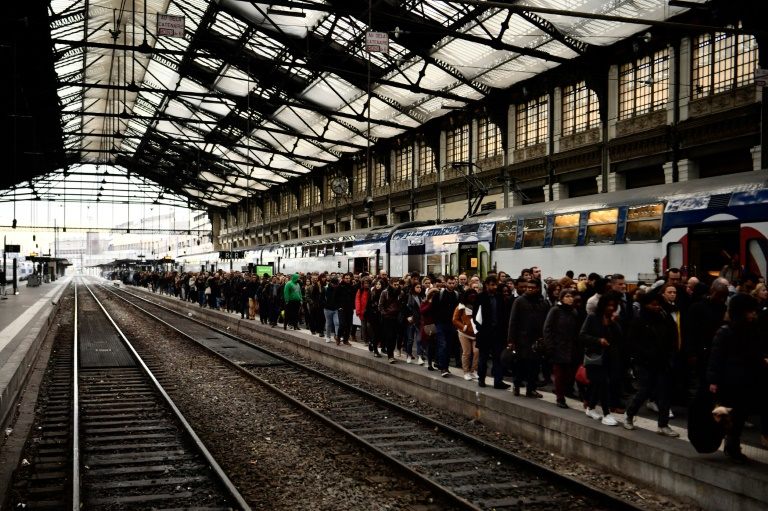 Thursday's strikes sounded the start of months of planned protests by railworkers, who have announced stoppages on two days out of every five between April and June.

"For the unions, the objective today was to convey the sense that there is anger rising around the country," Chloe Morin from the left-wing Jean-Jaures Foundation told AFP, adding that the success of their confrontation with Macron "will depend on their ability to mobilise people and get public opinion behind them."

France's once fearsome unions have regularly forced governments into policy U-turns in the past, but Macron and his ministers have vowed not to yield and Morin said she saw little reason to believe the government would change course.

Thousands of public servants had already staged a one-day strike in October against Macron's plans to cut 120,000 jobs over his five-year term, as well as a pay freeze and a plan for more outsourcing.

Roughly a third of flights into and out of three Paris airports -- Charles de Gaulle, Orly and Beauvais -- were cancelled because of a strike by air traffic controllers. 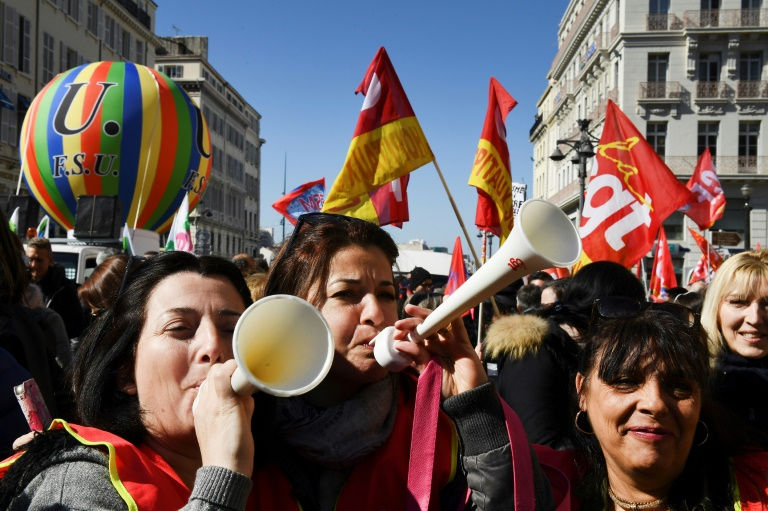 For France's trade unions, the strike is a moment for them to show that they still wield power. (Photo: AFP)

The SNCF said that 35.4 percent of employees were on strike, meaning just two of every five high-speed TGV trains were running Thursday, and half of regional trains were cancelled.

A quarter of teachers walked off the job, according to the largest SNUipp-FSU union.

Macron has vowed to press ahead with his plans to make France more business-friendly and wean it off government spending, despite his falling ratings.

His approval rating is at 37 percent, according to a survey by the Ipsos polling group published Wednesday, with 55 percent holding a negative view of his presidency -- the highest level since the start of his term 10 months ago.