WORLD Macron reiterates ties with China ahead of state visit

Macron reiterates ties with China ahead of state visit 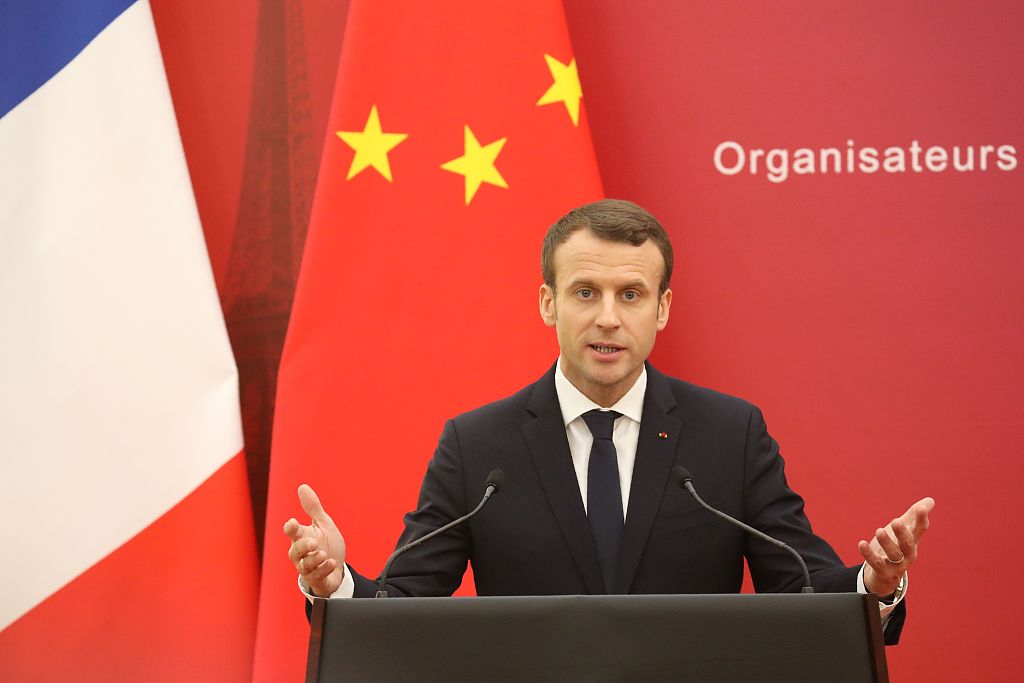 France hopes to see more concrete steps made in areas including trade, agriculture, and civil nuclear power to advance the comprehensive strategic partnership it shares with China, said French President Emmanuel Macron on Monday during a meeting with visiting Chinese State Councilor and Foreign Minister Wang Yi at the Elysee Palace in Paris.

Macron said he is looking forward to visiting China next month, during which he is also expected to attend the second China International Import Expo (CIIE). A total of 64 countries and three international organizations have confirmed their participation in the event.

The French president's trip to the Asian powerhouse follows his phone call with Chinese President Xi Jinping last Tuesday. The two leaders have pledged to safeguard multilateralism while facing global challenges together.

The Chinese foreign minister reiterated that mission, saying that it's a responsibility that Beijing and Paris will have to take on while calling to preserve the status of the United Nations.

Wang also extended a sincere welcome to Macron's upcoming visit to Beijing, calling the trip "another strategic communication" between two super global powers. China vows to further open up to other countries, including France, said Wang, hoping to see more French specialities at the 2nd CIIE.

Earlier the day, Wang also co-chaired the fifth meeting of the China-France High-level Mechanism for Dialogue on People-to-People Exchanges in Paris with French Foreign Minister Jean-Yves Le Drian, where the Chinese minister urged both sides to unlock the unique people-to-people advantages.