WORLD Macron's ex-bodyguard on trial over beating of protesters

Macron's ex-bodyguard on trial over beating of protesters

President Emmanuel Macron's former bodyguard appeared in court Monday on charges of assaulting two young demonstrators during an anti-capitalist protest in 2018, an incident that caused deep embarrassment for a president who promised an "exemplary republic." 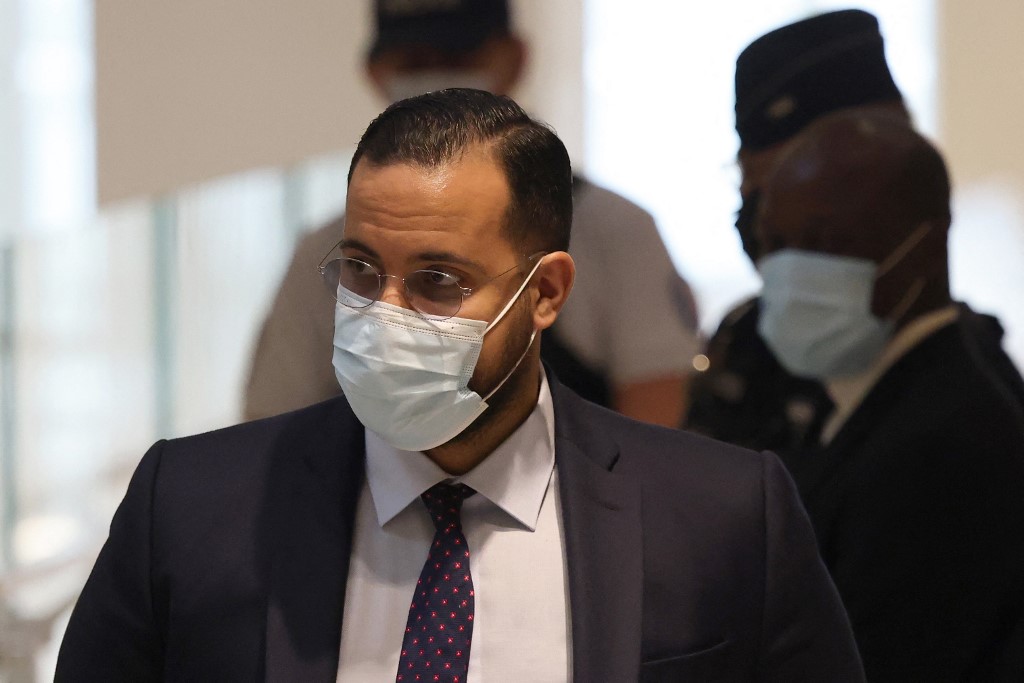 Macron, who had made integrity in office a cornerstone of his 2017 election campaign, was forced to fire Alexandre Benalla after a video emerged showing him striking a young man and grabbing a young woman by the neck at a May Day protest in Paris.

The former bouncer, now aged 30, was wearing a police helmet, even though he had only been given leave to attend the protest as an observer.

The presidency was accused of a cover-up for failing to report Benalla to the police until French daily Le Monde revealed the existence of the video two months after the incident.

"Benallagate" ballooned into the first major test for Macron, who swept to the presidency with a pledge to restore faith in public authorities.

His government survived two no-confidence votes in parliament, but a Senate investigative panel that questioned key Macron aides found "major flaws" in the administration's handling of the affair.

Benalla was charged with assault as well as unauthorised interference in police matters.

Wearing a dark suit and a face mask, he made no statement to the dozens of journalists waiting as he arrived at the Paris courthouse.

He has denied the charges, saying he acted "by reflex" to help officers arrest unruly protesters.

"Mistakes were made obviously, by me of course, but I can put up with a lot. And I'm far from being the only one responsible for this shipwreck. I'm the scapegoat for the people in power," he wrote in a 2019 book, "What They Don't Want Me To Say."

From confidant to liability

Also on trial is Benalla's friend Vincent Crase, the former security head of Macron's centrist party, who was also filmed roughing up protesters at the demo.

Two police officers, accused of illegally providing Benalla with surveillance footage in a bid to claim his actions were justified, will also be in the dock.

Benalla started working as a bodyguard for Macron in 2016 during what many considered his dark horse bid for the presidency, winning over the politician and his wife Brigitte with his boundless energy.

He was promoted to a senior security role after Macron's May 2017 victory, becoming a trusted confidant and right-hand man seen at Macron's side in countless photos.

"He got noticed as someone who could fix all the practical problems very efficiently," a former senior campaign official said. "He thought of everything, he was our Swiss Army knife."

He also secured perks usually reserved for top administration officials, including an apartment near the Elysee Palace and access to the National Assembly and its private gym and library.

After the scandal broke, Benalla also admitted carrying a handgun during outings with Macron, even though he was only authorised to have it within Macron's party headquarters, where he was nicknamed "Rambo".

It remains unclear, however, how the young man from a working-class neighbourhood of Evreux, a sleepy town in Normandy, got hold of the police helmet he is seen wearing during the May Day assault.

Benalla also caused headaches for Macron after his dismissal.

Investigators found that he continued to use diplomatic passports for trips to Africa and Israel, where he was trying to build up a consulting business.

He is suspected of using faked documents to obtain one of the passports, a charge he has denied.

Benalla will also face a charge of illegally carrying a gun, based on a picture of him at a restaurant that appears to show him with a Glock.

He has said it was probably a water gun.