WORLD Macron's majority in doubt after first-round of parliament vote

Macron's majority in doubt after first-round of parliament vote

French President Emmanuel Macron's centrist alliance was in danger of falling short of a majority after a first round of parliamentary elections on Sunday that saw a surge in support for a new leftwing coalition. 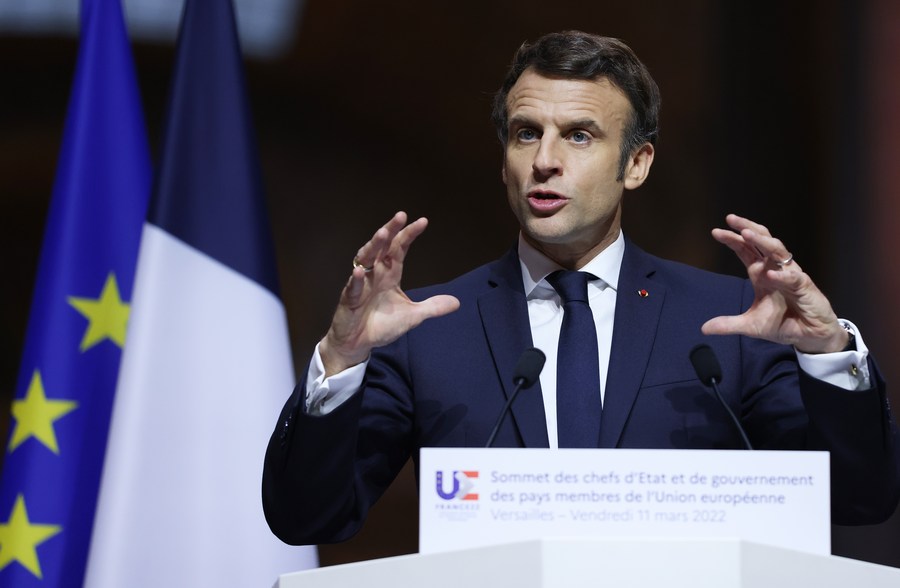 Macron's "Ensemble" (Together) alliance ran neck-and-neck with the leftwing NUPES grouping in Sunday's first round, with both scoring around 25-26 percent of the popular vote.

Extrapolating from these figures, four polling firms projected that Ensemble would win 225-295 seats in the decisive second round of voting next Sunday, possibly short of a majority of 289 but comfortably the biggest group.

"We have a week ahead of us to mobilise," Prime Minister Elizabeth Borne told reporters. "One week to convince, one week to obtain a powerful and clear majority."

Ensemble was "the only political grouping capable of getting a majority", she said.

NUPES, a newly unified leftwing alliance of leftists, Socialists, Greens and Communists, was seen winning 150-220 seats, a major breakthrough that would make them the biggest opposition force in the National Assembly.

"It's a very serious warning that has been sent to Emmanuel Macron," political scientist Brice Teinturier told France 2 television, noting how support for the president's party had fallen since the last election in 2017.

"A majority is far from certain," he added.

If Macron's coalition does fall short, it is expected to lead to messy bill-by-bill deals with right-wing parties in parliament, or he would have to try to poach opposition or independent MPs to his side.

Under France's constitution, the president has exclusive control over foreign and defence policy, but needs a majority in parliament to pass domestic legislation.