WORLD Macron says G7 is not a club hostile to China

Macron says G7 is not a club hostile to China

French President Emmanuel Macron said on Sunday that the G7 group of nations is not a club that is hostile to China and should work with the Asian economy on multiple fronts, including climate change, world trade and development policies, despite sharing differences. 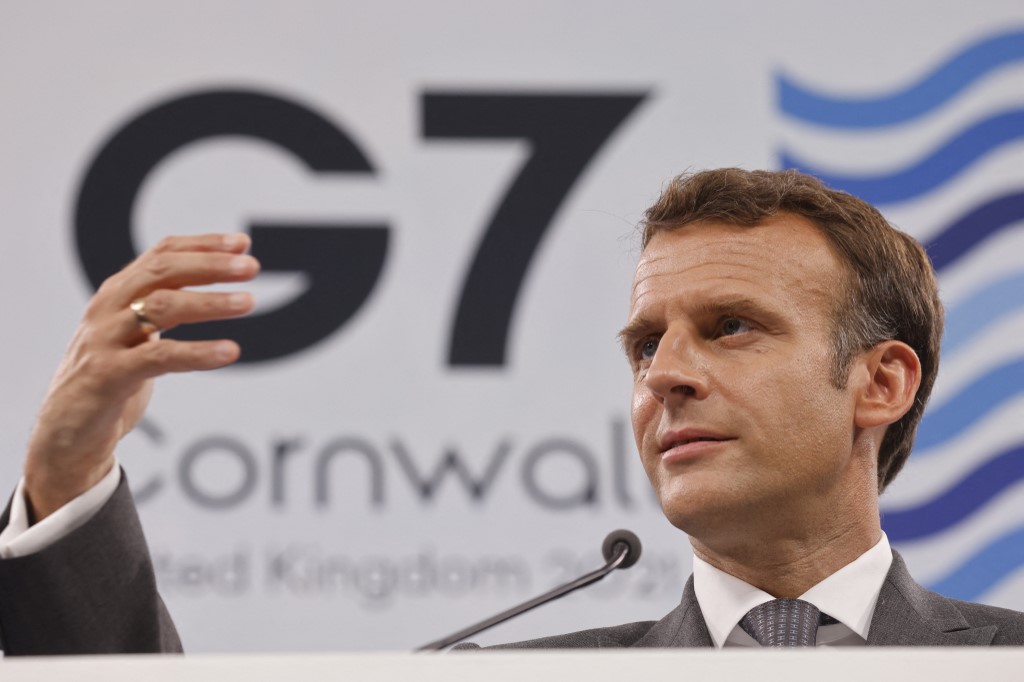 France's President Emmanuel Macron takes part in a press conference on the final day of the G7 summit in Carbis Bay, Cornwall on June 13, 2021.(Photo: AFP)

"China is an economic rival from whom we expect the full respect of (international trade) rules," Macron told a news conference at the end of G7 leaders' summit in Britain.