Macron seeks to calm tensions with Muslims as protests grow

French President Emmanuel Macron on Saturday sought to calm flaring tensions with Muslims around the world, telling an Arab TV channel he understood that caricatures of the Prophet Mohammed could be shocking while lashing out at "lies" that the French state was behind them. 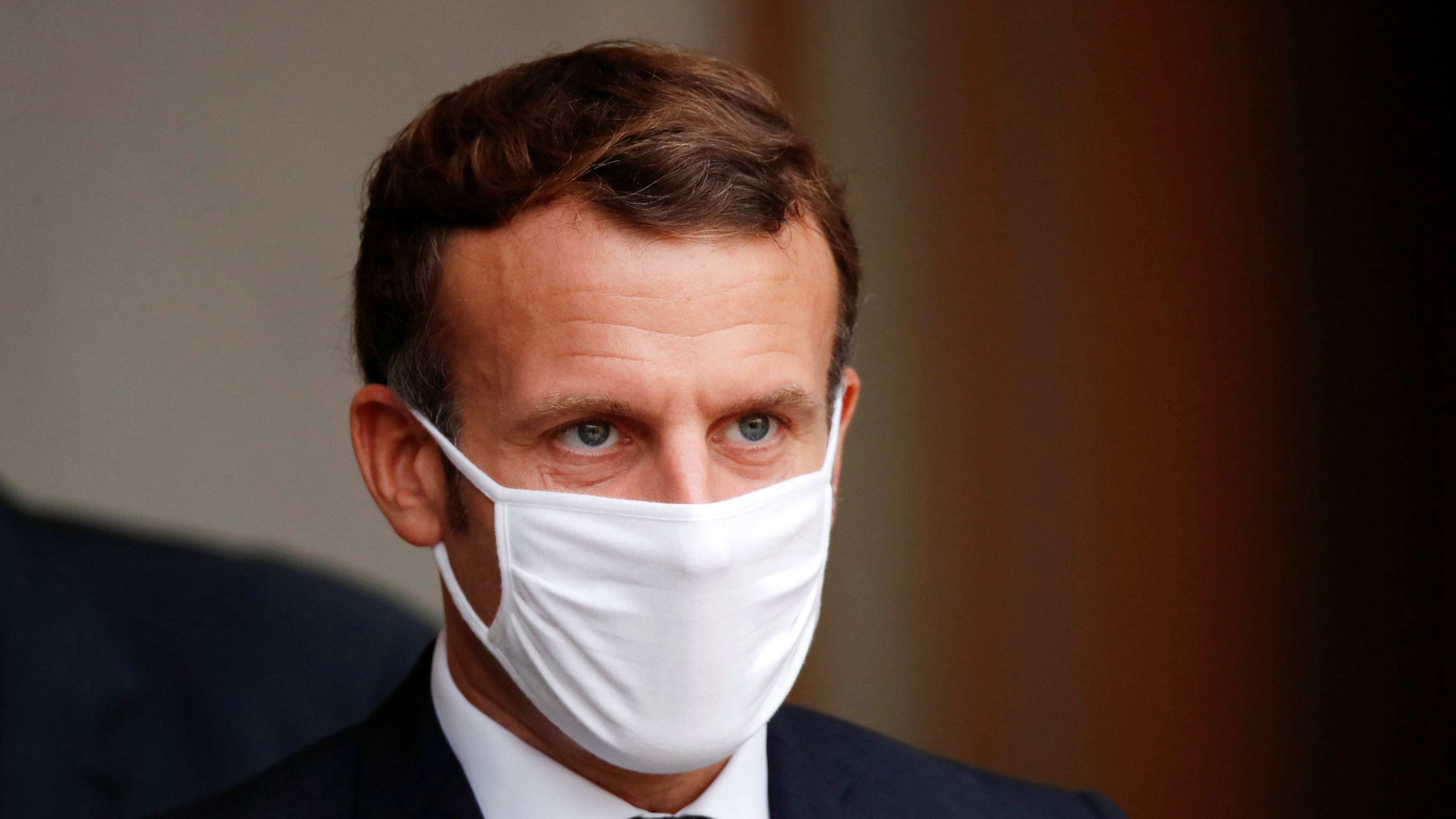 France is on edge after French weekly Charlie Hebdo, in early September republished cartoons of the prophet, inflaming and offending many Muslims. The republishing of the cartoons were followed by an attack outside its former offices, the beheading of a teacher and an attack Thursday on a church in Nice that left three dead.

In a new incident, an attacker armed with a sawn-off shotgun on Saturday wounded an Orthodox priest in a shooting in the French city of Lyon before fleeing, said a police source.

Thousands of soldiers were deployed shortly after to protect sites such as places of worship and schools, and ministers have warned that other Islamist militant attacks could take place.

Macron sparked protests in the Muslim world after the murder earlier this month of teacher Samuel Paty – who had shown his class a cartoon of Mohammed – by saying France would never renounce its laws permitting blasphemous caricatures.

The French president stroke a softer tone when taking a long interview to Qatar-based TV channel Al-Jazeera in an attempt to reach out to Muslims and rectify what he said were misapprehensions about France's intentions in the Muslim world.

"I can understand that people could be shocked by the caricatures, but I will never accept that violence can be justified," he said.

"I understand the feelings that this arouses, I respect them. But I want you to understand the role that I have. My role is to calm things down, as I am doing here, but at the same time it is to protect these rights."

He added: "I will always defend in my country the freedom to speak, to write, to think, to draw." 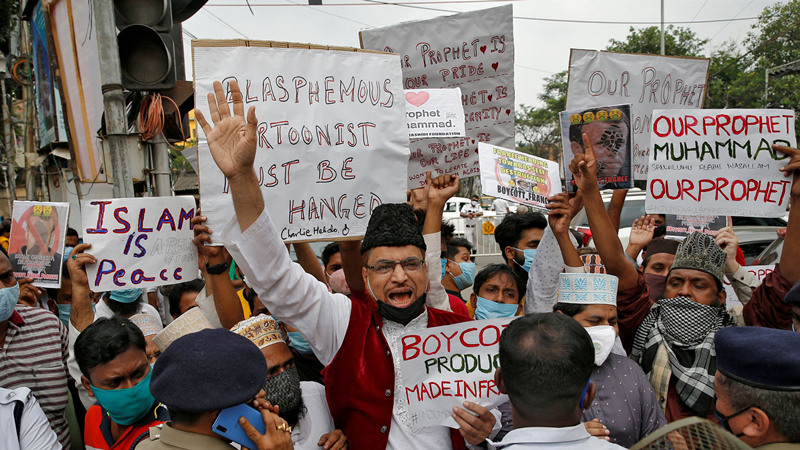 Protesters shout slogans while holding placards during a protest against the publications of a cartoon of Prophet Mohammad in France and French President Emmanuel Macron's comments, outside a French consulate in Kolkata, India, October 31, 2020. /Reuters

Macron lashed out at "distortions" from political leaders over cartoons of the prophet, saying too often people were led to believe that they were a creation of the French state. He slammed "a confusion that has been fed by many media – and sometimes political and religious leaders – which is to say that these caricatures are in a way the project or the creation of the French government or the president".

He also denounced calls for a boycott of French goods, backed in particular by Turkish President Recep Tayyip Edogan and taken up by some retailers in Muslim countries, as "unworthy" and "unacceptable."

He said the campaign was created by some private groups "who relied on lies... sometimes from other leaders" about the caricatures.

Even before the attack on Paty, Macron had promised a tough new campaign against Islamist radicalism in France, which has claimed the lives of hundreds of people since 2015. Protests erupted Friday in Afghanistan, Pakistan, Bangladesh, Mali, Mauritania and Lebanon, the latest in a string of mass rallies denouncing France.