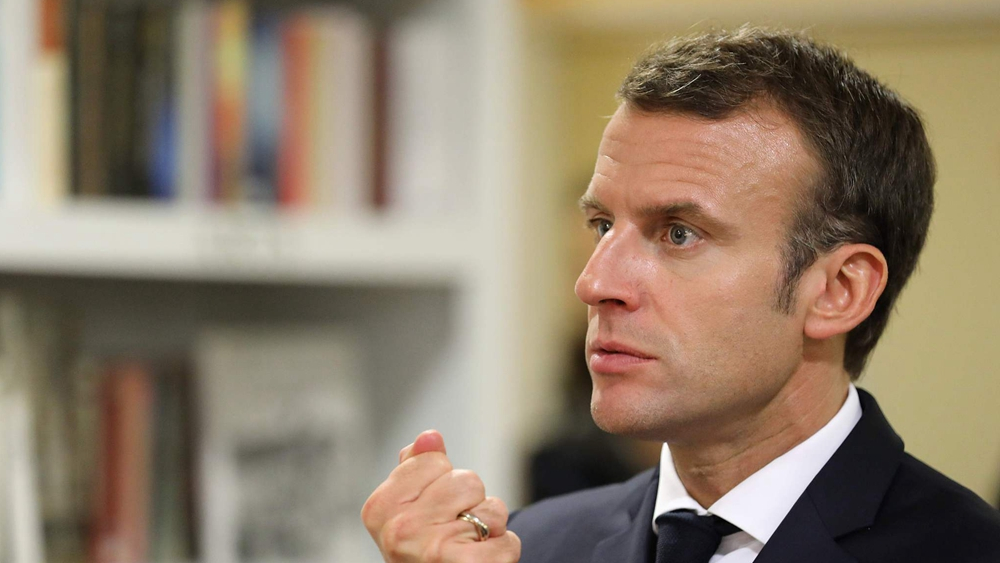 French President Emmanuel Macron said on Wednesday it was "legitimate" to pay tribute to Marshal Philippe Petain, who led the French army to victory in World War I's Battle of Verdun, but decades later collaborated with Nazi Germany during World War II.

Macron's plan to honor Petain alongside seven other French marshals who directed military campaigns during World War I, which ended 100 years ago on November 11, has unleashed criticism from Jewish groups, political opponents and on social media.

"I consider it entirely legitimate that we pay homage to the marshals who led our army to victory," Macron said in the eastern town of Charleville-Mezieres that once lay on the front line between French and German troops.

"Marshal Petain was a great soldier in World War I."

Macron's office appeared to backtrack later on Wednesday. "Petain won't be honored on November 10," said an Elysee official, adding that only the five marshals who were buried at the Invalides monument in Paris would receive an official tribute.

Macron himself later said his intention was not to excuse the crimes committed by Petain during World War II but to ensure French history was accurately remembered.

"I don't forgive anything but I don't erase anything from our history," he said. "I will always fight against anti-semitism."

Renowned as a "soldier's soldier", Petain was promoted to commander-in-chief of the French armies in mid-1917, after victory at Verdun, rebuilding troop morale after a series of mutinies and other setbacks.

Verdun was the longest battle in World War I, killing more than 300,000 French and German soldiers during ten months of trench battles. Petain emerged from the Great War as a national hero with streets in towns and cities across France named after him.

Two decades later, with France poised to fall to Nazi German forces in World War II, Petain was appointed prime minister of France. His administration, based in the unoccupied part of the country known as Vichy France, collaborated with Nazi Germany and its deportation and extermination of the Jews.

After the war, Petain was sentenced to death for treason, though then-President General Charles de Gaulle, a longtime admirer of Petain's military feats of arms, reduced the punishment to life in prison.

"It is shocking that France can pay tribute to a man deemed unworthy of being French in a trial held in the name of the people," said Francis Kalifat, president of CRIF, which represents France's 400,000-strong Jewish community.