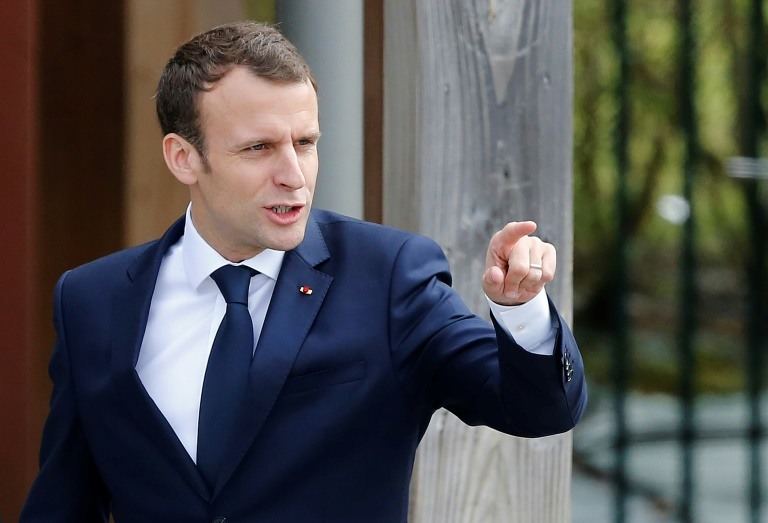 French President Emmanuel Macron had made the use of chemical weapons in Syria a "red line" not to be crossed.(Photo: AFP)

French President Emmanuel Macron told his Russian counterpart Vladimir Putin during a telephone call Friday that he wanted to "intensify" talks on bringing peace to Syria.

"The president of the Republic said he wanted the dialogue between France and Russia to continue and intensify in order to bring peace and stability to Syria," Macron's office said after the call, which came as the West ponders possible strikes on Syria in retaliation for a suspected chemical attack.

Macron, who had made the use of chemical weapons a "red line" not to be crossed, bemoaned Russia's use this week of its veto to block a UN Security Council resolution on setting up an investigation into the attack that would name those responsible.

The veto had prevented a "united" front on putting in place a mechanism "to prevent the regime being a repeat offender," Macron said.

He told Putin his priority in Syria was the "fight against terrorism", easing the suffering of civilians and "kickstarting negotiations on a credible and inclusive political process as soon as possible".

On Thursday, Macron said he had "proof" that Syrian President Bashar al-Assad's regime had used chemical weapons in Saturday's attack on Douma, the main city in the longtime rebel bastion of Eastern Ghouta, and that the US and France would response "in due course".

But he also appeared anxious to avoid a wider conflict, saying France would "in no way allow an escalation".