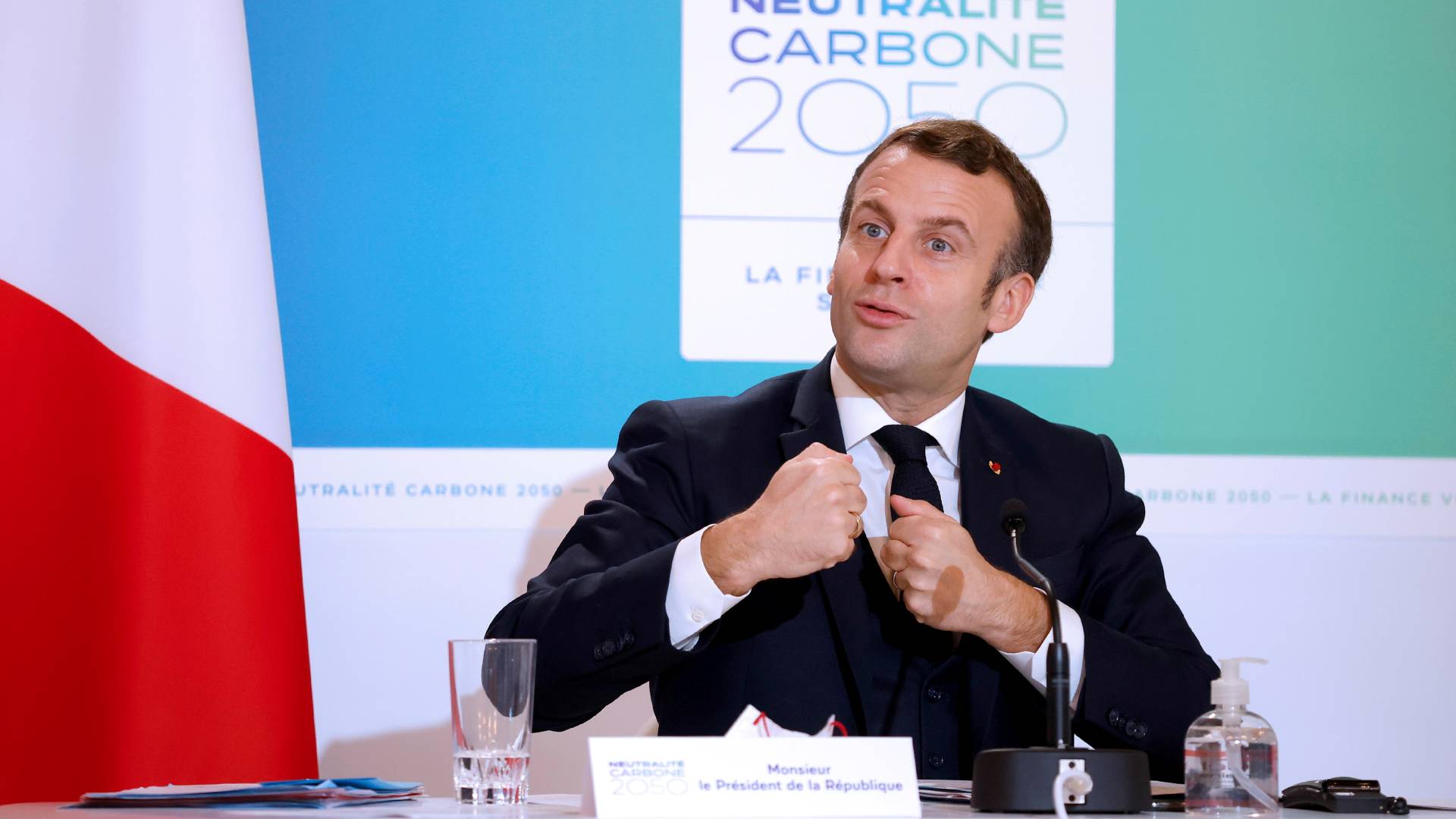 "Welcome back, welcome home," French President Emmanuel Macron said to Joe Biden as he praised the U.S. President-elect for his pledge to rejoin the Paris climate accord.

The French leader was speaking during a virtual UN summit on climate change on the fifth anniversary of the Paris agreement, a global commitment between almost 200 states to contain the climate crisis.

U.S. President Trump had withdrawn from the accord in 2017, but Biden pledged on Saturday to rejoin the Paris climate accord on the first day of his presidency, prompting Macron to hail the return of "our American friends".

"This accord (Paris agreement) is a reference point, the start of all our actions," Macron said.

"It has sometimes been rattled around because of each one's choices, but we have held on. And we find ourselves in an important moment, days after the United States' president-elect (Joe Biden) has expressed his desire to rejoin the Paris agreement, and I really want to tell our American friends, Welcome back, welcome home."

Macron added that action on climate change should be "immediate," saying that France's COVID-19 recovery plan centers on green ambitions.

"We do not have a lot of time ahead of us," he said, echoing UN Secretary-General Antonio Guterres's call for a "climate emergency."

Heads of government and states from over 70 countries participated in the virtual event to announce greater efforts to tackle the climate crisis.

The outgoing administration of President Donald Trump wasn't represented at the online gathering, but Biden pledged his cooperation with the deal in a written statement ahead of the meeting.

"The United States will rejoin the Paris Agreement on day one of my presidency," he said. "I'll immediately start working with my counterparts around the world to do all that we possibly can, including by convening the leaders of major economies for a climate summit within my first 100 days in office."

Biden also doubled down on his campaign pledge to set a target of cutting U.S. emissions to net zero "no later than 2050."

The Paris agreement aims to bring global warming under 2 Celsius by the end of the century, which will require a phasing-out of fossil fuels and better protection for the world's forests, wetlands and oceans.