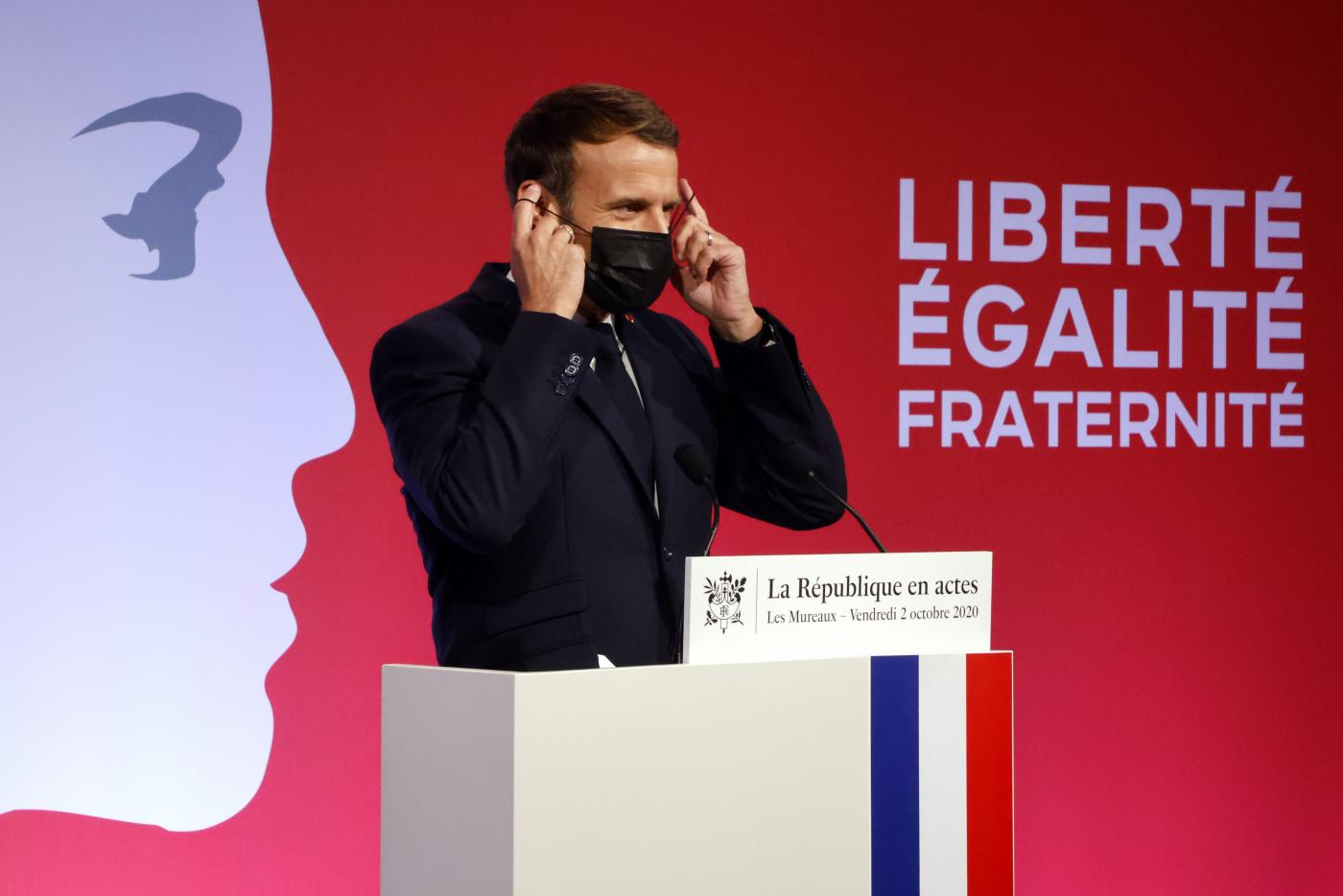 PARIS, Oct. 2 (Xinhua) -- French President Emmanuel Macron unveiled a plan on Friday to tackle what he called "separatism of radical Islamism" in the country through better regulation as well as educational and social actions that would be formalized in a bill in December.

"There is in this radical Islamism (...) a claimed and displayed will, a methodical organization to deny the laws of the Republic and to create a parallel order," said Macron in a speech delivered at Les Mureaux, a town about 40 kilometers to the west of Paris, with a historically large immigrant population.

Stressing the plan "is not against all Muslims" but to prevent radicalization and safeguard secularism, Macron said that France "must face the unacceptable and radical forms with great determination."

A draft law to strengthen the country's 1905 law on secularism, which officially separated church and state, will be presented on Dec. 9, he added.

New measures include addressing the school environment to avoid having children "indoctrinated" in unregistered schools.

"Education at school will be made compulsory for everyone from 3 years old and from the start of the 2021 school year, except in cases of health imperatives (...) The personnel, the educational content of the lessons, the origin of the funding: everything will be scrutinized," Macron specified.

Against pressure from groups or communities forcing municipal elected officials to separate men and women for access to swimming pools or cafeterias, the proposed law will give prefects (representatives of central government at the regional level) more power.

"Once the law is voted, the prefect may suspend the municipal acts corresponding to these situations," said Macron.

The obligation of neutrality, which means no wearing of religious symbols at work, will be extended from public servants to employees of public service subcontractor companies, he said.

Associations suspected of radical influence will be dissolved. "We can dissolve associations when it is established that they carry messages against our laws and our principles," said Macron.

"Islam in France must be freed from foreign influence," he said, adding that his government "is going to train our imams in France."

France is home to one of Europe's largest Muslim communities. In recent years, cases of French youths enrolling to fight in conflicts in the Middle East, as well as a series of local terror attacks since 2015, have made counter-radicalization a political priority.