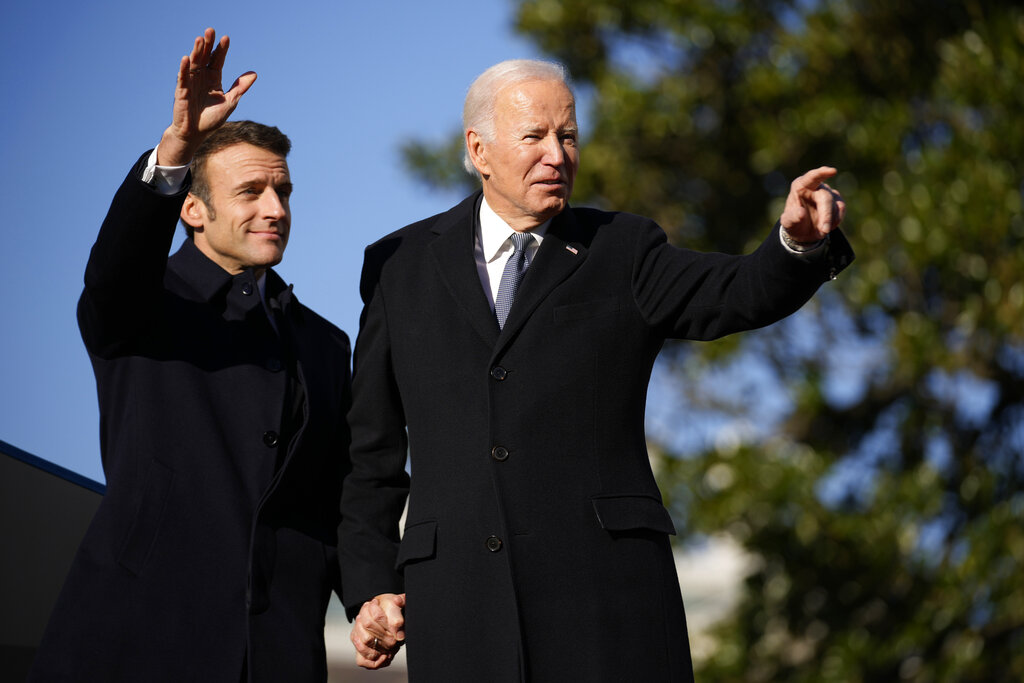 US President Joe Biden and French President Emmanuel Macron stand on the stage during a State Arrival Ceremony on the South Lawn of the White House in Washington, December 1, 2022. (Photo: AP)

French President Emmanuel Macron said Thursday that the European Union would have to move more quickly to head off the threat to its industry from planned US subsidies.

Arriving at the EU summit in Brussels, Macron said the leaders would discuss their response to US President Joe Biden's Inflation Reduction Act.

"To maintain fair competition," Macron said, Europe must simplify its own subsidy rules faster "to respond, to be the equivalent of what the Americans have done."