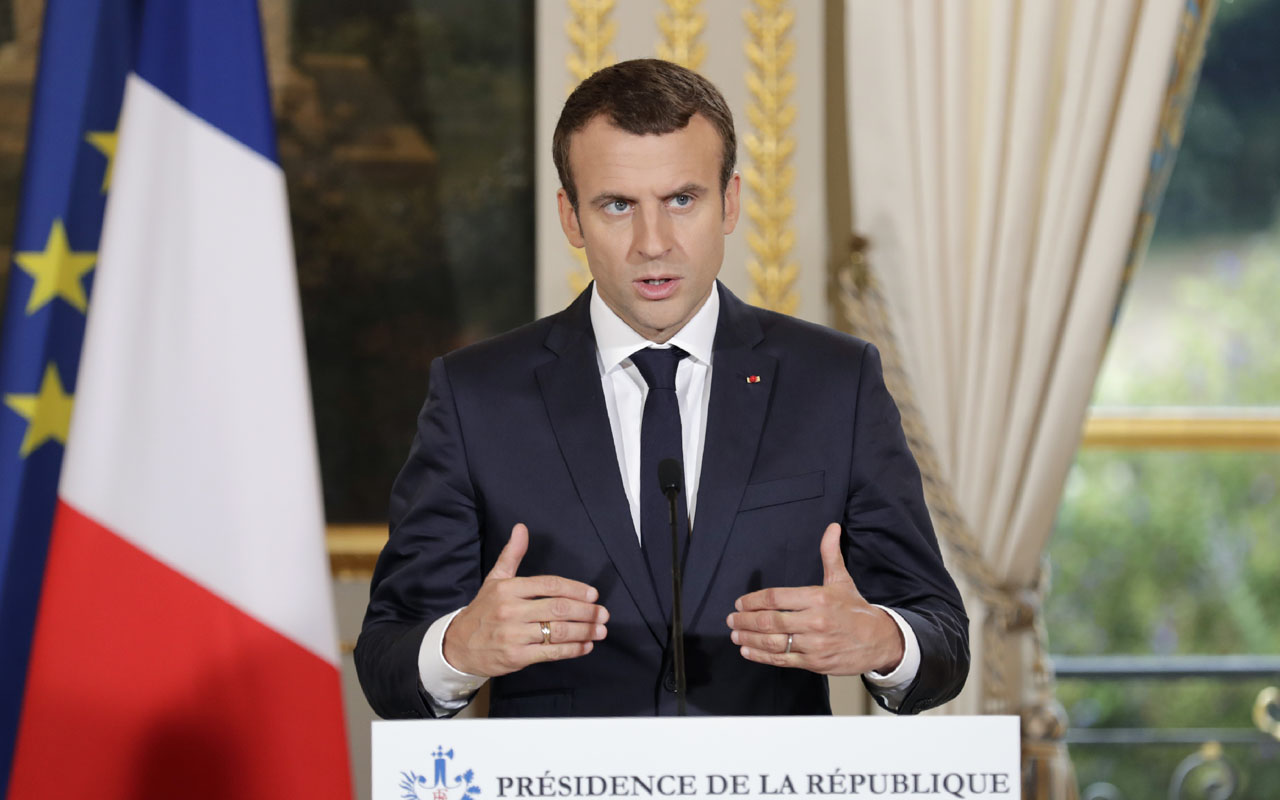 Macron hosted US President Donald Trump and other world leaders for the virtual conference to drum up aid for Lebanon, as the UN said some $117 million will be needed over the next three months for the emergency response.

"The objective today is to act quickly and effectively to coordinate our aid on the ground so that it goes as efficiently as possible to the Lebanese people," Macron told the conference also attended by Lebanon's President Michel Aoun, UN aid coordinator Mark Lowcock, representatives of the World Bank, the Red Cross, the IMF, the EU, the Arab League and several Middle Eastern leaders.

Macron was the first world leader to visit Beirut after Tuesday's devastating explosion which killed at least 158 people, wounded some 6,000 and left an estimated 300,000 homeless.

Lebanese people enraged by the official negligence blamed for the explosion have taken to the streets in anti-government protests that saw clashes with the army.

Macron said it was "up to the authorities of the country to act so that the country does not sink, and to respond to the aspirations that the Lebanese people are expressing right now, legitimately, in the streets of Beirut.

"We must all work together to ensure that neither violence nor chaos prevails," he added. "It is the future of Lebanon that is at stake."

Macron also warned that "those who have an interest in this division and chaos, it is the powers that would somehow want to put the Lebanese people at risk". He did not name names.

The French president repeated his call for political and economic reforms, which he said "would allow the international community to act effectively side by side with Lebanon for the reconstruction."

Prime Minister Hassan Diab said Saturday that he would call for early elections.

An "emergency response framework" drafted by the United Nations said $66.3 million was needed for immediate humanitarian aid, including health services for the injured, emergency shelter for those whose homes were destroyed, food distribution and programmes to "prevent further spread of COVID-19".

It said at least 15 medical facilities, including three major hospitals, sustained structural damage in the blast, and extensive damage to more than 120 schools may interrupt learning for some 55,000 children.

Thousands of people are in need of food and the blast interrupted basic water and sanitation to many neighbourhoods.

Speaking in Beirut after his visit on Thursday, Macron said clear and transparent governance will be put in place to ensure all international aid "is directly chanelled to the people, to NGOs, to the teams in the field who need it, without any possible opacity or diversion."

- 'Everyone wants to help'-

Trump, confirming his attendance at the conference, tweeted Saturday that "everyone wants to help!".

Israel, with whom Lebanon has no diplomatic relations, was not on the list of participants, nor Iran which wields huge influence in Lebanon through the Shiite group Hezbollah.

Key Arab states in the Gulf, including Saudi Arabia, Qatar, Iraq and the UAE were represented, as were Britain, China, Jordan and Egypt.

Macron, who hosted the conference from his summer residence on the Mediterranean, has said he would return to Lebanon on September 1 to check progress.