Madagascan presidential hopeful Marc Ravalomanana on Wednesday withdrew his legal complaints over alleged irregularities in the first round of the election, his lawyer said. 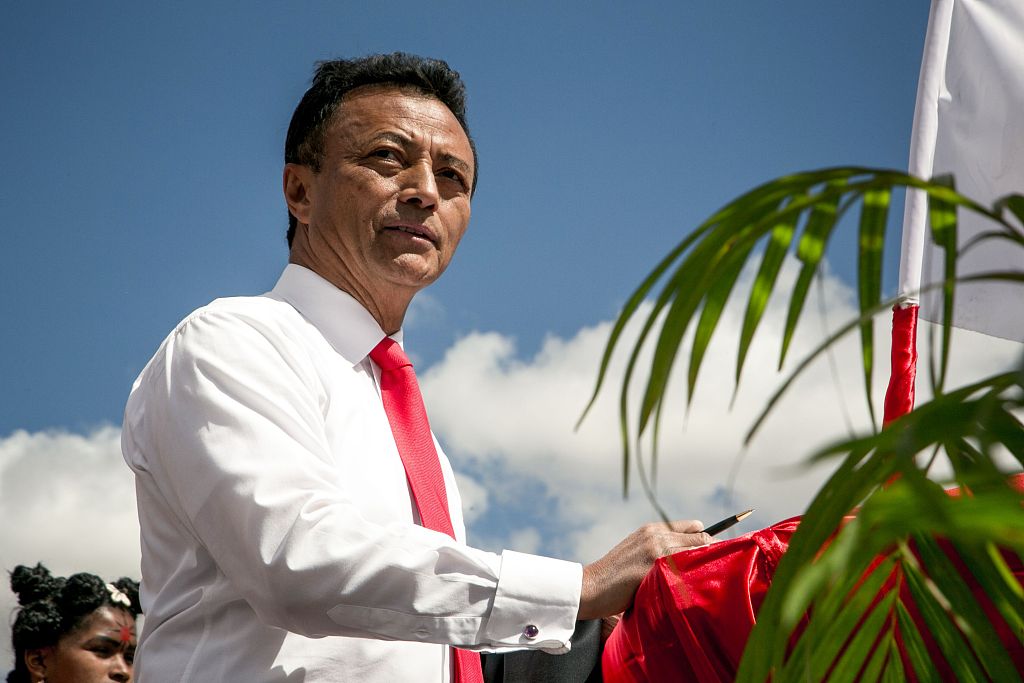 Former President of Madagascar and candidate in the 2018 presidential election Marc Ravalomanana delivers a speech on stage during his first major political rally at the Mahamasina stadium, in Antananarivo, the capital city of Madagascaron, August 25, 2018. (Photo: VCG)

Neither Ravalomanana nor his arch-rival Andry Rajoelina -- both former presidents -- won the 50 percent of votes required for a first-round victory in the November 7 ballot. A run-off vote is scheduled for December 19.

"For the peace and sovereignty of Madagascar, the TIM (Ravalomanana's party) have decided to withdraw all their complaints," Hasina Andrianadisaona, Ravalomanana's lawyer, told reporters.

Rajoelina has lodged complaints with the courts and accused election officials of "manipulation".

The election commission issued a statement in response to Rajoelina's allegations insisting that it had "ensured the transparency of the electoral system at all times".

Hery Rajaonarimampianina, who is seeking to hold on to power, secured only 8.84 percent in the first round.

Madagascar is one of the world's poorest countries, according to World Bank data, with almost four in five people living in grinding poverty.

The former French colony off the southeastern coast of Africa also has a long history of political instability and coups.