A million Madrid residents were under partial lockdown Monday as the region moved to slow the spread of new infections, drawing fire from the Spanish government for not going far enough. 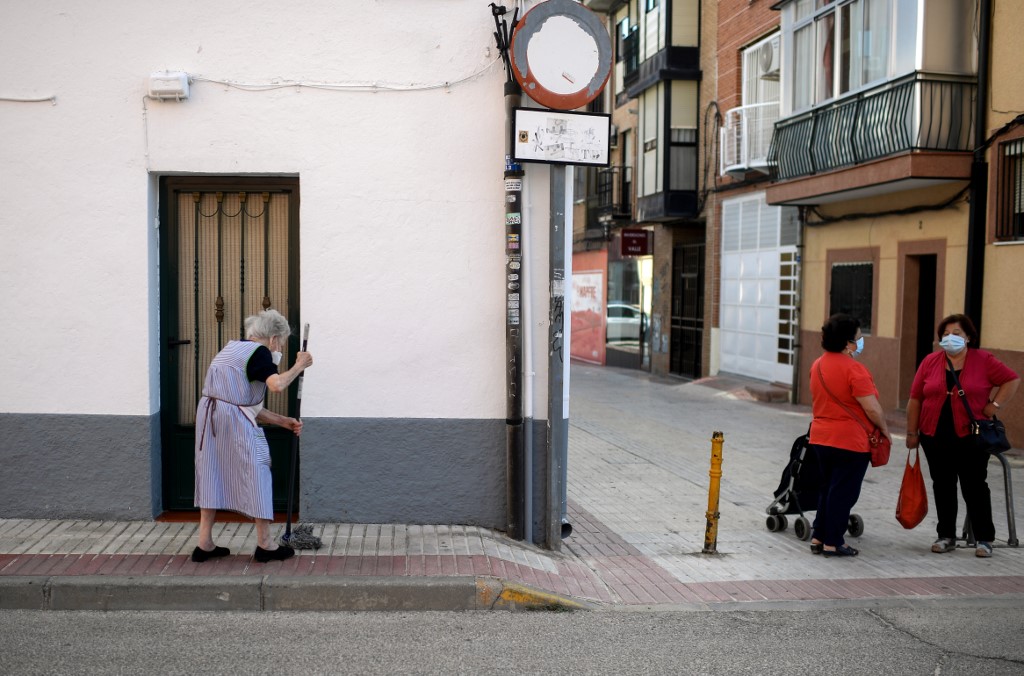 An elderly woman mops the pavement outside her home in the under partial lockdown town of Fuenlabrada, in Madrid region, on September 22, 2020. (Photo: AFP)

The city and the surrounding region is at the epicentre of a second wave of coronavirus that is sweeping Spain, which has claimed more than 31,000 lives and infected over 700,000 in the highest infection rate in the European Union.

Since midnight, the new measures impose mobility restrictions on another 167,000 people who can only leave their neighbourhoods for work, school or medical reasons. But they are not confined to their homes and can move freely within their district.

Police were conducting random checks to ensure compliance with the new rules, which now apply to nearly one in six of the region's 6.6 million residents.

An initial confinement order affecting 850,000 people was rolled out a week ago, largely affecting working-class areas in the city's southern suburbs where on Sunday hundreds turned out in protest over what they see as discrimination.

Since the central government ended its state of emergency on June 21, responsibility for public healthcare and managing the pandemic has been transferred to Spain's 17 autonomous regions.

But the central government is deeply unhappy with the regional government's handling of the crisis in Madrid, epicentre of the outbreak in Spain, urging its leaders to adopt more drastic measures and threatening to step in if they refuse.

"Working with the government, the region's responsibility is to contain the expansion of Covid infections," Foreign Minister Arancha González Laya told Antena 3 television on Monday.

Over the past week, Spain has registered the highest number of new cases within the EU with a rate of nearly 300 per 100,000 inhabitants -- but in the Madrid region, the figure is currently more than 700 per 100,000.