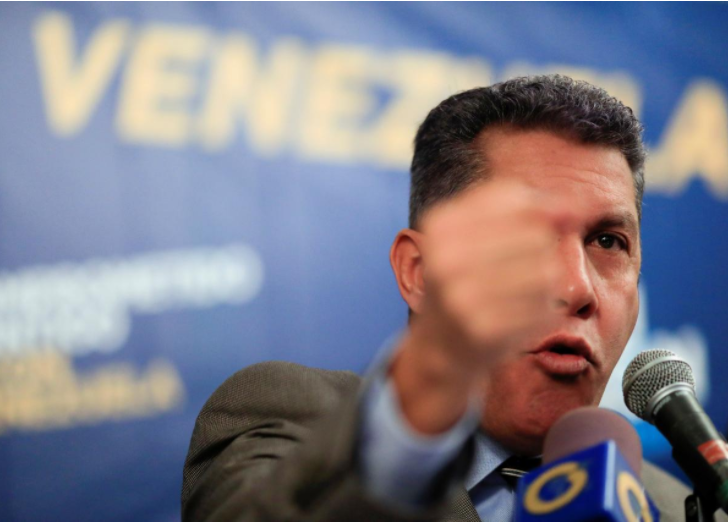 At each other’s throats for two decades, militants of Venezuela’s socialist state and opposition seldom agree on anything. Yet mention the name of presidential candidate Henri Falcon, and both are liable to spit.

Now that the 56-year-old former soldier is running for president in a May 20 vote, both groups are united in scoffing at his chances.

After all, Falcon is up against not just a powerful President Nicolas Maduro but also an election system widely considered unfair and an opposition boycott that will deprive him of votes.

And yet, a clutch of opinion polls show Falcon ahead, bolstering his campaign mantra that he is a natural transition candidate with appeal to a moderate majority fed up with political polarization and economic chaos.

Widely-followed pollster Datanalisis, for example, put him more than 10 percentage points ahead in voter intentions.

“This government is finished,” Falcon told Reuters, noting how few governments in history had survived hyper-inflation and economic chaos like Venezuela’s current crisis.

Opinion surveys in Venezuela are often divergent, politicized and misleading in hindsight. But Falcon, his campaign team and some pundits think he may be able to create an avalanche as the campaign gets underway.

“If we really unite, get organized, construct a single narrative, and instead of discouraging people by asking them to abstain, we call them to vote, there’s no way this government can beat us,” said Falcon.